[dropcap]L[/dropcap]et’s have a look at 10 Best Android Games of 2019 that you need to try in your android phone that is here with lots of cool features. So have a look at complete guide discussed below to proceed.

Android is becoming the popular source of gaming, most people tend to play the games on this platform. Seeking this the developers have made the tremendous games for the players. Thousands of top games are available for the android, each year numerous games are launched for this platform. Even we could say that every other month there are new games which are launched for the Android, this makes it curious for the users to find the top-ranked games every month. This is really difficult to filter out the best games for Android as there is the rush of so many games out there. For the convenience of the users, we have done a lot of research and reviewed many of the top ranking games so as to conclude the actual best games. Now if you are interested to know about our verdict regarding the best android games for 2019, just read out this article till below. So let’s get started with the list of best Android games now!

Pawn Empire: Bid on the auctions and try to grab the most effective deals. Do this throughout the world and you could get some handsome amounts of points. This is one of the greatest games for crazy bidders, they will love to locate some of the best strategic moments in the game.

Build up the block and quit using them and then turn over to the great strategic ways. Use your mind to build up the amazing curvatures on the eath through utilizing the materials. Install this game and enjoy stunning gameplay that you shall never wish to ignore.

Use the amazing ninja skills for your character and then fight with the enemies. This is as simple to understand as it is, while this is full of amazing tactics and turnovers. Run to live and fight to win this is the simple motto of this game.

Elite Force: Play as the soldier from the elite army and use the strategies and mechanics to beat down the enemies. You have the amazing capabilities which you could use to have a lot of fun.

Characters that you have the control, you could change to any other character and then run over the path of the game to kill the obstructions. Amazing other influences appear in the game that in turn makes the better gameplay.

Special Ops: Tons of weapons, amazing powers you have the access. Attain the upgraded powers and then reach to the ultimate levels by killing the enemies. A super fighting game that makes the real sense, this is chosen as the best game for the 2019 on Android.

This is the battlefield where you have to fight, exactly this is what you need to do. You play as 60 plus characters and hence get on to the end of the game. Unlock the different characters and every time with the new character you get the finch of an amazing experience. If you are a lover of strategic games then this is one of the most interesting games you could grasp on Android.

This is the game field where you have to prevent the laser tips, rotating blades etc. just find the way to the end while getting the points. This game is really addictive and this makes it a really good way for the great fun. Make sure that you have this game installed, try it once and you shall never regret installing it.

This is one of the best game that you will surely gonna love to try in your android phone. In this game, you can pick your favorite players, create your own unique dream team, and battle it out against other users from around the world! Must try this and share feedback in comments.

Last but not the least, an amazing game of Electronic Arts that you surely gonna love to try. In this game, you can play with life in The Sims Mobile! Create your Sims, give them unique personalities, and customize their homes with more detail than ever before on mobile.

Finally, after reading this post you have got to know about the real best games for the Android that are available in December 2019. We believe that we have listed all of the best games and not missed any deserving games. Yet if you feel that we have missed out any of the games that are really capable then you could tell us about that. Utilize the Comments section below for providing us all your suggestions as well as opinions regarding the post. Do share the post with others so that most of the players could know about the major top games for the Android this year. At last, we’re now going to end with this post, hope that you would like the information we just provided! 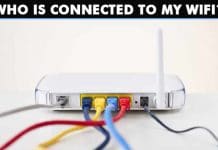 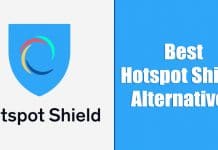 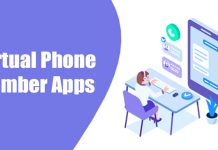