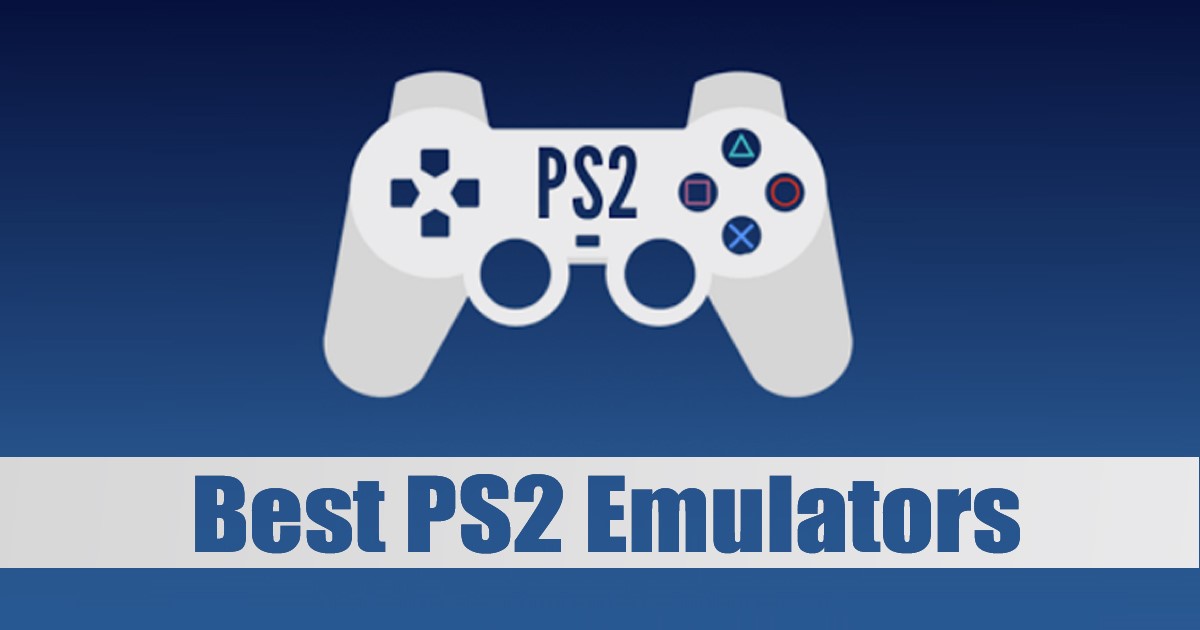 PS2, or PlayStation 2, is one of Sony’s most popular gaming consoles. It was launched way back in 2000, and it shortly became one of the best-selling gaming consoles of the era.

You won’t believe it, but within a short span of time, Sony managed to sell over 155 million units of the PlayStation 2. After the massive success of PS2, more gaming consoles were released by Sony.

PS2 was discontinued after serving gamers for about 13 years. And when it was discontinued in 2013, it saddened many users as it became difficult for gamers to play the classic games it supported.

Even though PlayStation 2 is no longer available, you can still play the classic PS2 games on your PC and Android with the emulators. PS2 emulators support all games that were designed for the console.

Hence, if you are looking for the best PS2 emulators for PC and Android, you have landed on the right page. Below, we have listed some of the best free PS2 emulators that you can install and use today. Let’s check out. 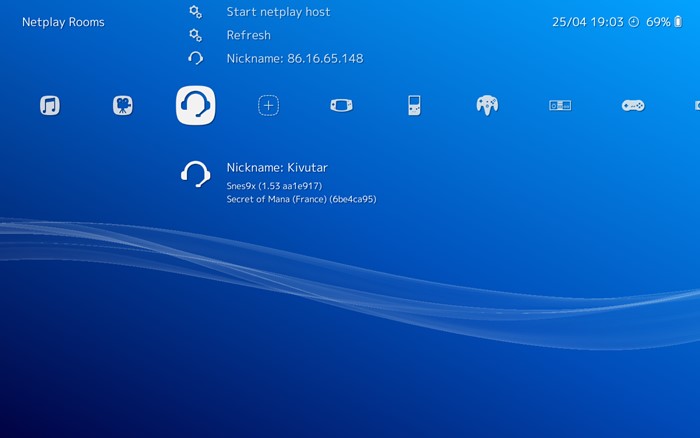 RetroArch is one of the first game emulators to redefine the gaming experience. However, it’s not an ordinary emulator that you mostly use, as it’s a compilation of different emulators into one.

This simply means you will be able to play not only PS2 games but can also play GameCube and Wii games with RetroArch. Another thing to note is that RetroArch is highly customizable, and you can customize it per your preference.

Since RetroArch is also cross-platform supported, you can also take your settings and games on any other desktop operating system and run it.

Play! is one of the best PS2 emulators for PC that you can use today. Compared to other PlayStation 2 emulators on the list, Play! is easier to set up and use.

The user interface of Play! looks old-school, but it’s very easy to use. Regarding availability, the PS2 emulator is available for Windows, Android, and Linux and offers the same features across all platforms.

However, the problem is that Play! doesn’t support every PS2 game. It only supports the most popular one. If you want to run the PS2 emulator on Android, you need to get the Play! app from third-party sources. And while downloading the emulator for Android, make sure to download the files from trusted sources. 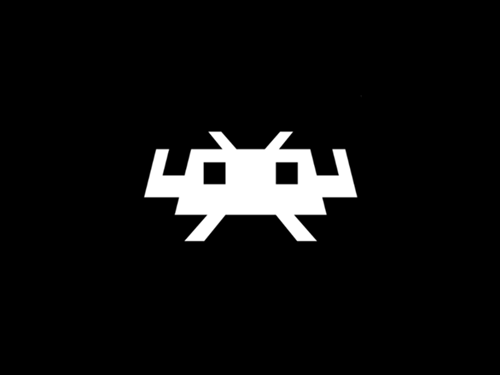 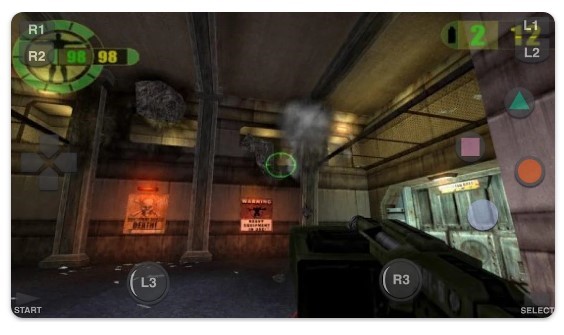 Well, if you have a mid or flagship smartphone, you can use PPSSTWO to run PS2 games on Android. It’s one of the best PS2 emulators for Android available on the Google Play Store.

The PlayStation 2 emulator for Android claims to provide a stable framerate while running your favorite PS2 Games. The Android version requirement is also pretty acceptable, as it requires 4.3 and up.

While the PS2 emulator for Android can emulate most of the popular Playstation games, it still has a few bugs that are hard to rule out. Also, the emulator hasn’t been updated since 2020. 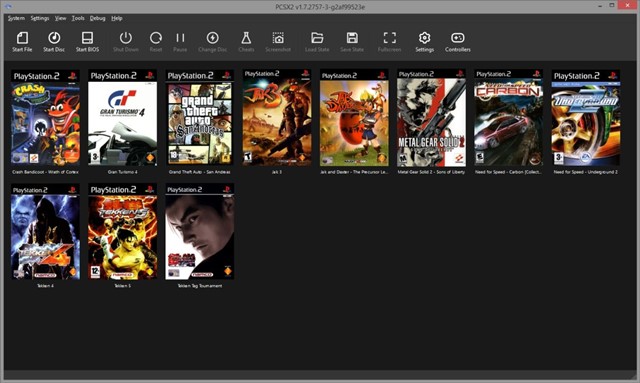 PCSX2 is a very popular Playstation 2 Emulator available on the web. The official site of PCSX2 claims to support over 98% of the original PS2 Library. Not only that, but the site also shared a list where it has all compatible games listed.

Regarding availability, the PCSX2 PS2 emulator is available only for Windows and Linux, and the emulator recently got support for Vulkan rendering.

If we talk about the functionality, PCSX2 is a free and open-source PlayStation 2 emulator that aims to emulate the PS2’s hardware on your PC. You can take it as a virtual machine running the Playstation 2 console on your device.

With this PlayStation 2 emulator for Windows, you can run most PS2 games at full speed. You also get added benefits such as the ability to set custom resolutions and upscaling, virtual and sharable memory cards, save-states, a patching system, an internal recorder, and more. 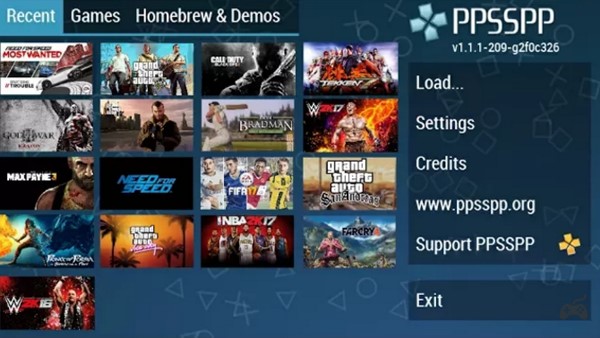 Well, PPSSPP is a very popular PSP emulator for Android and Windows available out there. It’s one of the best PSP emulators that can run many console games on your Android, Windows, Linux, Mac, and other operating systems.

While PPSSPP is a PSP emulator, we have listed it in the list of best PS2 emulators because it can run PS2 games as well. However, PPSSPP can only run those PS2 games released for the PSP console.

It’s complicated to set up PPSSPP to run PS2 games, but several YouTube videos are available for help. Overall, PPSSPP is one of the best PS2 emulators you can use today. 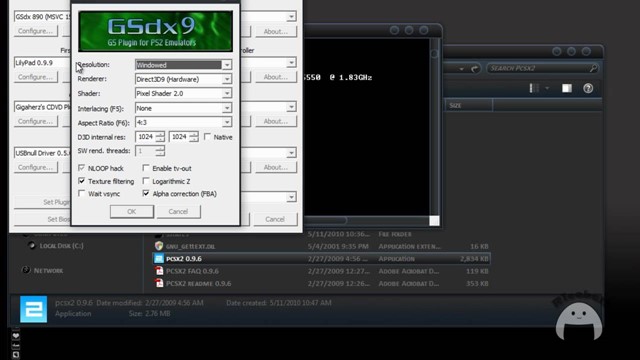 nSX2 or NeutrinoSX2 is a free and open-source emulator for PC that supports both PS2 and PSX games. It’s not ideal for running games as it only supports a handful of PS2 games.

nSX2 is designed for experimenting and allows users to create a new and improved emulator. NeutrinoSX2 is only available for Windows operating systems and supports both ELF and DVD formats.

Since the emulator is open-source, anyone can use it and modify its features to make it a more capable emulator. It could be a great tool for developers who want to test their skills. The list of compatible PS2 games on nSX2 isn’t very long, but it does support the most popular games. 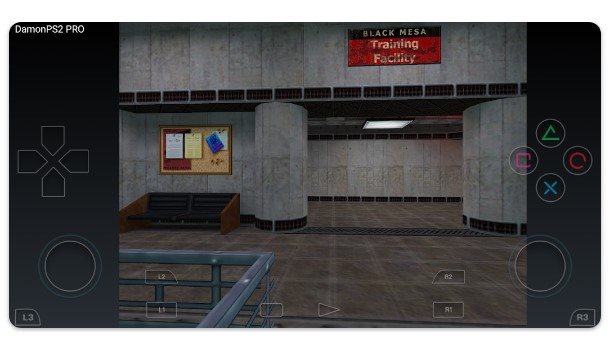 Even though the emulator supports all major PS2 games, you still require a high-end smartphone to run them. The Google Play Store listing for DamonPS2 recommends smartphones with at least Snapdragon 835/845 processors to run games smoothly.

Regarding compatibility, the DamonPS2 PS2 emulator for Android can run more than 90% of the games available for the PS2 console. So, provided you have a mid or high-end smartphone, DamonPS2 could be the best pick to run PS2 games on Android. 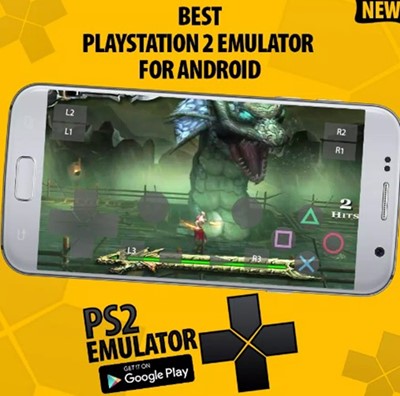 If we talk about the Golden PS2, it’s a very reliable emulator that works with almost 90% of the games available for the console. Another notable thing is that Golden PS2 can run even PSP games on Android.

So, if you are searching for an emulator that can handle both PSP and PS2 games, then Golden PS2 could be the best choice. The key thing is that Golden PS2 has support for multi-threading, which greatly improves the emulator’s speed.

While the Golden PS2 emulator officially supports ISO files, it also supports a few other formats. You will need a mid or high-end smartphone to run PS2 games on Android smoothly with this emulator.

AetherSX2 is another best PS2 emulator for Android on the list, which lets you play games you’ve dumped from a disc on your portable device. A BIOS image is required to play PS2 games on Android with this emulator.

If we talk about the features of AetherSX2, the emulator supports system simulation, OpenGL, Vulkan, Software rendering, upscaling of games to 1080p and beyond, and more.

You can load games on the emulator via ISO/CHD/CSO disc images, and you are allowed to make settings for each game individually. For a better gaming experience, the PS2 emulator for Android also supports Bluetooth controllers.

So, these are some of the best PS2 Emulators you can use today. In the list, we have shared PS2 emulators for Windows, Android, and a few other platforms. All the emulators listed in the article were free, and you can use them to emulate PS2 games on any platform. If you want to suggest any other Playstation 2 emulators, let us know in the comments below.