On November 21, we reported here that the cryptocurrency Bitcoin had surpassed for the first time the 8 thousand dollars. In just 6 days, the virtual currency was able to value more than 1000 dollars and has already surpassed the 9 thousand dollars.

The value of the virtual currency does not stop growing and, according to the CoinDesk website, today, it has already reached the value of 9,682.10 dollars. At this time (around 10 AM in India), but currently, the cryptocurrency is worth $9,674.57.

Launched into the world in 2009 as the invention of a mysterious computer guru who referred to his pseudonym Satoshi Nakamoto, this coin is created by means of a rather complex mathematical formula. 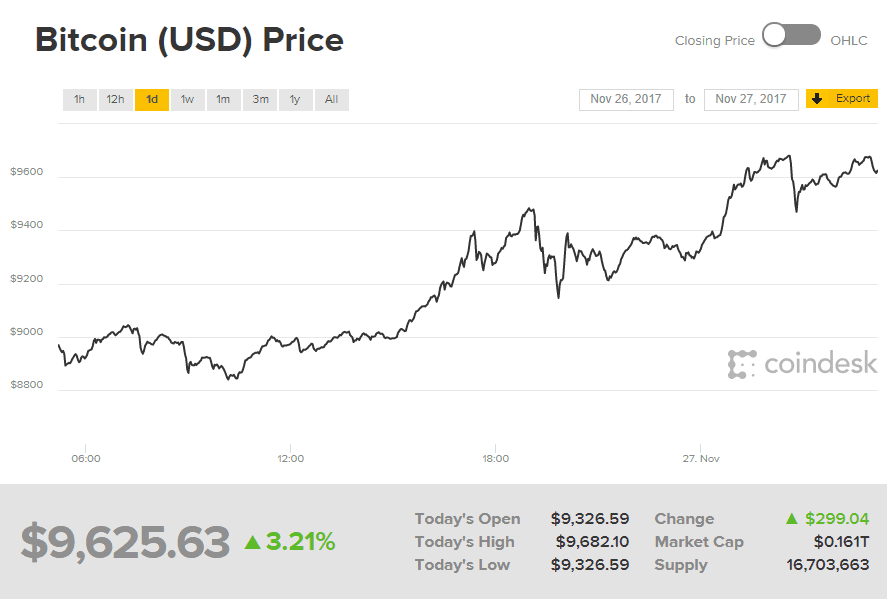 Analysts believe that this popular cryptocurrency will be able to end the year worth more than $10,000. With this evolution, this value will be quickly overcome if there is no abnormal situation. Only in 2017 Bitcoin has already valued more than 800%, an impressive brand for a financial asset.

In addition to this popular cryptocurrency, also stands out for the well-known cryptocurrency Ethereum that reached $481.54 recently but that dropped to $470.69 this Monday, according to the data from the CoinMarketCap website.