Call of duty developer Activision has announced a live event named “Call of Duty Next” to unveil the destiny of this shooting game franchise.

Also, after the next day of this event, Call of Duty Modern Warfare’s open beta will also take place on all platforms. Let’s discuss every detail of this event below. 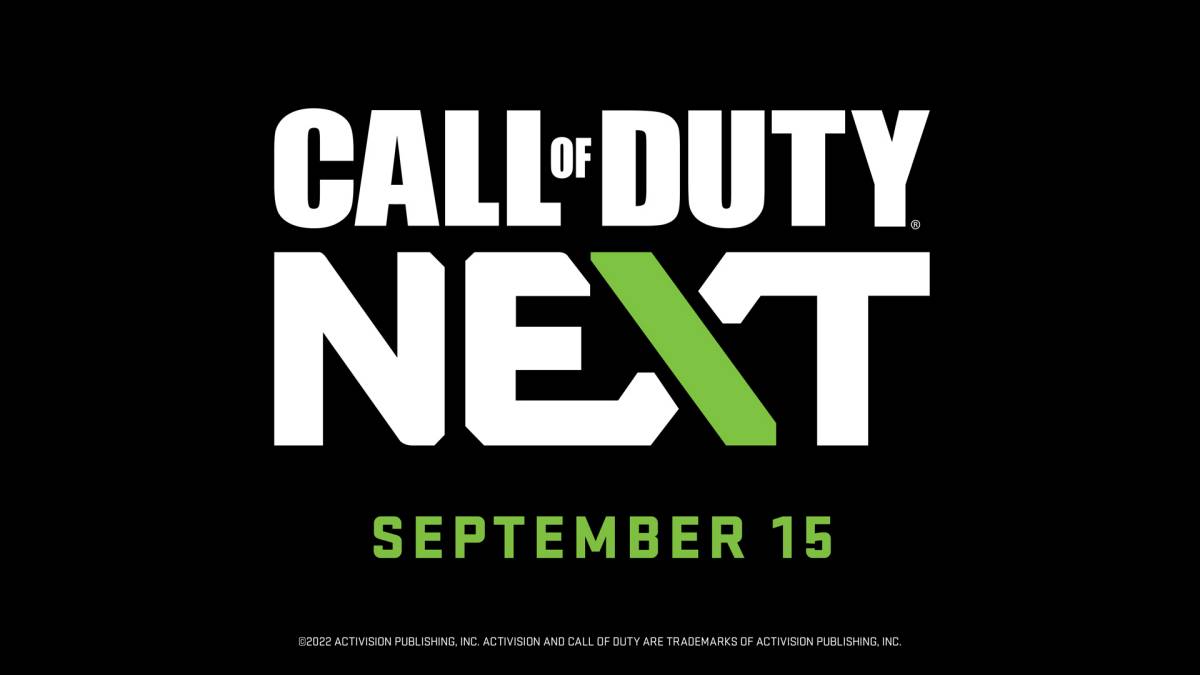 Call of Duty’s Next Event will be held on 15 September, which means just six days are left in its coming.

Besides, the company hasn’t detailed many things about the event’s keynotes, but it provided some of the details in the press release.

We might have more details about the upcoming Call of duty Modern Warfare II because its open beta of the game campaign will also begin with this event.

And as we have been waiting for half a year to know about Warzone 2.0, we might also see its launch at this event. But your excitement will bump for the next one, which is ‘Call of Duty Warzone Mobile.’

On Friday, Activision officially revealed that Project Aurora is ‘Call of Duty Warzone Mobile’ and also revealed its official Twitter account where they are promoting this event, so there are high chance of getting many details about it, such launch timeline.

Be sure to tune in for intel about #WarzoneMobile, #MWII, and much more!

It doesn’t matter how you watch, as long as you’re watching ▶️https://t.co/Mn3si5gEVi pic.twitter.com/0VLwEUAIOf

Now most important detail about this event is that we might get the answer to the trending question, Will Call of duty be Xbox exclusive?

We all know that Microsoft is acquiring Activision Blizzard with a $68.7 billion deal, and with the completion of this deal, the game franchise could become an Xbox exclusive, which will be sad for Playstation users and Sony.

So in this event, Activision will discuss all of this as this event’s name is “Next,” which might mean what will be next.

How To Watch Call of Duty’s Next Event?

What Time Will Call of Duty’s Next Event Start?

This event’s broadcast will start at 1 PM Eastern Time (ET) / 9:30 AM Pacific Time (PT), and you can convert it into your time zone for your region’s timing.