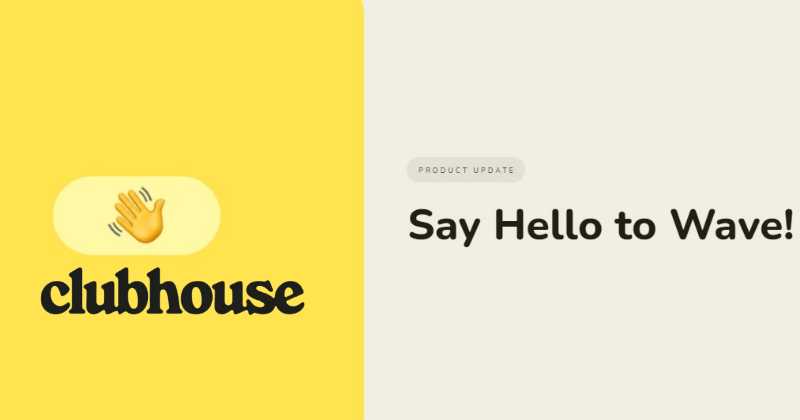 Clubhouse has launched a new feature called “Wave” that allows the users to invite people to audio chats. Last week, the feature was leaked, and the company announced the news at a surprise town hall.

The clubhouse has enabled the feature for both Android and iOS devices; the users just need to update the app. You can wave to strangers and ask them to join your call if they are interested. 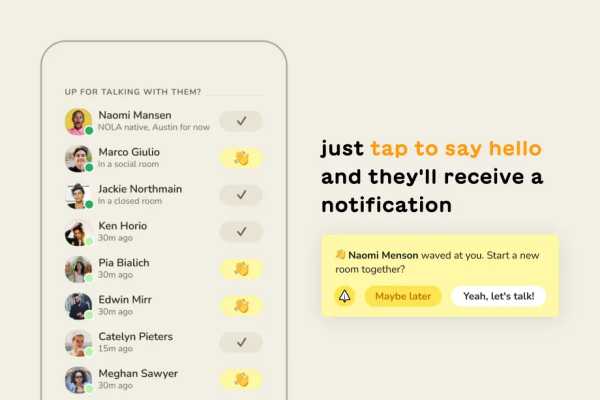 Wave helps you to invite friends to the live audio room; for that, you need to tap on a waving hand emoji. The other user will receive the invitation and will see two options, either they can select to join your call or can choose maybe later option.

“To send a Wave, swipe right on the Hallway or tap the dots icon at the bottom left of the screen. Then tape the wave button next to the person you’d like to chat with. They’ll get a notification that you said hello, and know that you’re open to chatting. If they are too, they can join a private room with you — open just to the people you waved at. You can keep it to one social circle, introduce friends from different groups to each other, or open the room up more broadly and make it for everyone.”

Here’s the Tweet, where you can check out how the new feature Wave works in the Clubhouse.

There are over 700k rooms opened every day on Clubhouse. Yes, that includes the big moments you see in the news — but it’s also lots of lovely, small rooms between friends.

So we built a new feature to make those casual chats even easier! Say hello to Wave 👋 pic.twitter.com/3A24CBbAxW

When you send a request to other users to join a call, and they don’t respond, then you can continue using the Clubhouse app as normal.

The clubhouse is a popular social audio platform. Users have been obsessed with other platforms like Instagram and Facebook, but this is something new that has caught attention.