[dropcap]I[/dropcap]f you recently update any app or had installed the latest version of it and find not compatible with you device then you must be thinking what to do at that time. As Uninstalling is not the solution at that time. And you might not had think about downgrading the apps version before reading about this post. But yes its possible and here we are discussing on the same. Now you can downgrade any of your ios app to its old version by the cool tweak that is only possible with a jailbreak device as with that you can get the cool modules that will allow you to downgrade the apps version. So have a look on complete guide discussed below to proceed.

Also Read: How To Download Paid Apps On iPhone Free (No Jailbreak)

Contents show
How to Downgrade Apps to Older Version On iOS Devices
Steps To Downgrade iOS App on Your iOS Device:

How to Downgrade Apps to Older Version On iOS Devices

The method is quite simple and you just need is a jailbreak iPhone as the app we are going to discuss right here only works on Jailbreak iPhone. And with that app you can checkout all the previously released version of any app and then downgrade it to the previous one for the better working.

Also Read: Best iPhone Tricks And Tips To Do After Jailbreak

Steps To Downgrade iOS App on Your iOS Device:

1. First of all you need a jailbreak iPhone as the app we are discussing right below will only works if you have jailbreak device.

2. Now after jailbreak you need to download and install App Admin on your iOS device, 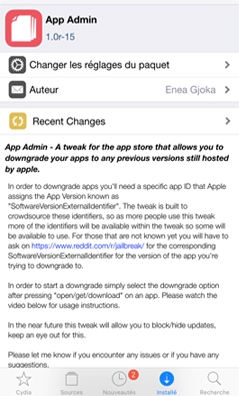 3. After installing this app just launch in your device.

4. Now you just go to the App store and then there go to the app which you want to downgrade and that you can find either by searching or either by finding it in Update Section.

5. Now there you need to tap on Update/Open/Download button and you will prompted to next screen where you will see all the available previous version of that app. 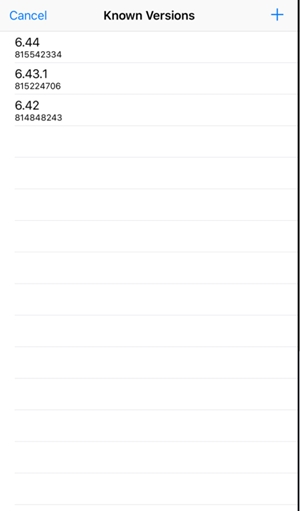 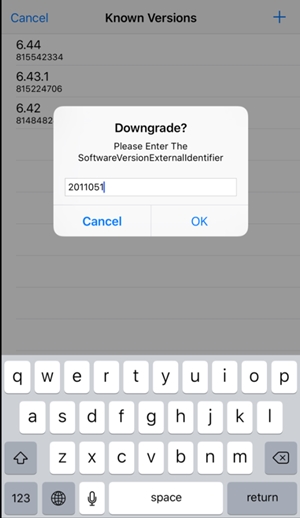 7. Thats it you are done, now that version of the app will start downloading and withing few moments you will have that version on your device.

Also Read: How To Remove Stock Apps From iPhone Home Screen Without Jailbreak

So above is all about How to Downgrade apps to older version on iOS devices. With this you can easily downgrade any of the ios app that you feel not working correctly with the ios version of your Apple device. Simply choose out any of the version for the list of all the version available for the app. Hope you like this cool solution, do share with others too. Leave a comment below if you have any related queries with this.