According to the latest reports, while the world celebrated the rescue of the 12 children and the trainer who were trapped in a cave in Thailand, Elon Musk was upset that his plan had not worked. And at the expense of that has caused fires on Twitter.

While the world celebrated the rescue of the 12 children and the trainer who were trapped in a cave in Thailand, Elon Musk was upset that his plan had not worked. And at the expense of that has caused fires on Twitter.

But this time the CEO of Tesla passed all the limits: he accused one of the British divers, the one who uttered the words “He can stick his submarine where it hurts”, who participated in the rescue missions of being a pedophile.

Vern Unsworth, 63, who played a key role in saving the children in the cave, criticized Elon Musk for his involvement in the rescue mission. Musk said engineers at SpaceX and Tesla would join forces to create a mini-submarine to save the children.

In an interview with CNN, Unsworth said that all the help that Elon Musk was trying to offer was nothing more than a marketing move that would never work and could “stick his submarine where it hurts.”

Cave rescuer on Musk: “It was a PR stunt. It had no chance of working.” pic.twitter.com/uPgRMQLkRx

The reaction of Elon Musk

In a series of tweets, Musk reacted and did not respond very well. The CEO of SpaceX said he “had never seen this exiled Briton” and mentioned that he had a video that would prove him wrong. But then Musk went further saying that he would not bother showing the video and called Vern Unsworth a pedophile. 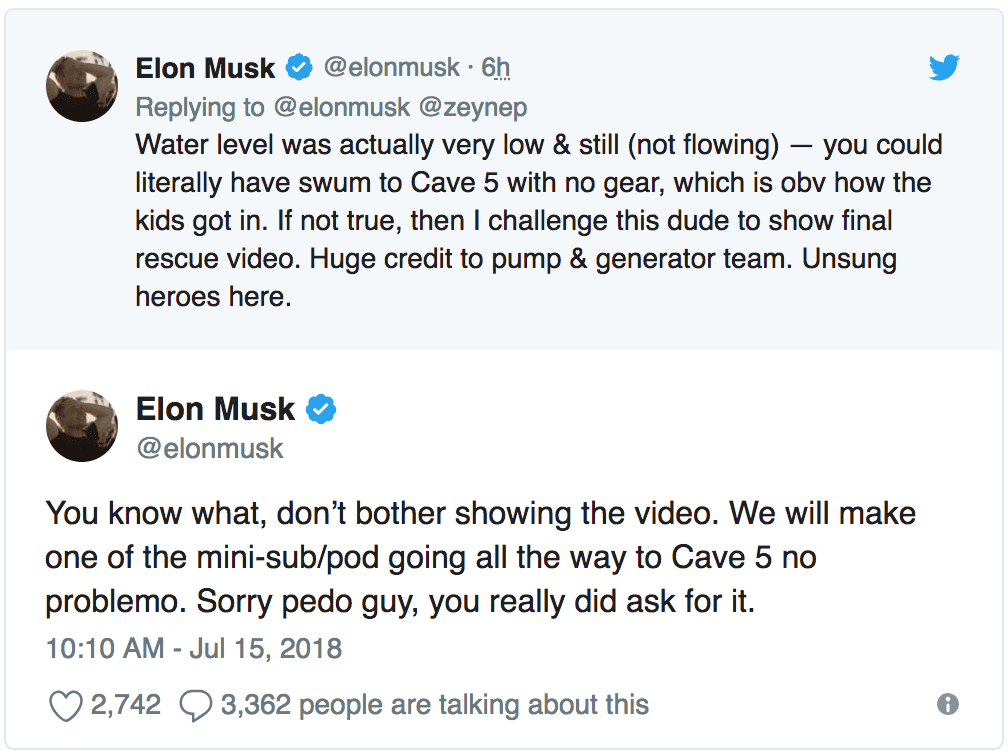 In addition, when a Twitter user pointed out the accusation that had just been made, Elon Musk still replied that “I’ll bet a dollar on how it’s true.” 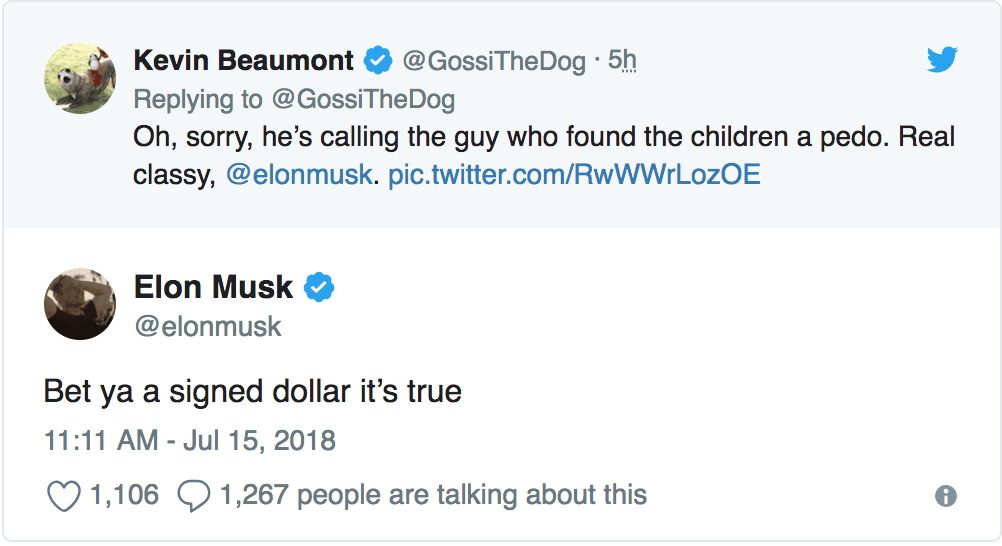 However, no evidence has yet emerged that supports Musk’s claim and Unsworth has yet to respond to the charge.

Elon Musk must leave the Internet for a while

A week ago, Elon Musk spoke about all his habits of sometimes protesting on Twitter. The CEO of SpaceX and Tesla said it would slow down and try to be nicer on the social network. But it seems that their efforts are not working. Seven days later, Elon Musk writes the tweet where he accuses a diver as a pedophile.

After this, maybe Elon Musk should not just try to correct his behavior. Leaving Twitter and abandoning the Internet for a while seems to be a more appropriate action.