Google OnHub little was known. What is it? OnHub is a home router with several advantages over the conventional router, which we try to consider.

Google OnHub little was known. What is it? OnHub is a home router with several advantages over the conventional router, which we try to consider. Yes, you still can not believe it, but Google lets home routers. They are the producers are currently two companies – TP-Link and ASUS.

Everything You Need to Know About Google OnHub or Nest

We are reminded of our routers only when we notice unstable Internet operation. And what do you do in this situation? What if the router is technically weak and cannot transmit packets at the outermost point of the house at the same rate as in the short distance.

Yes, you can use repeaters, but sometimes it is more convenient to buy a more serious router, which is the Google OnHub. And this, incidentally, is his first feature: high speed and broad coverage. 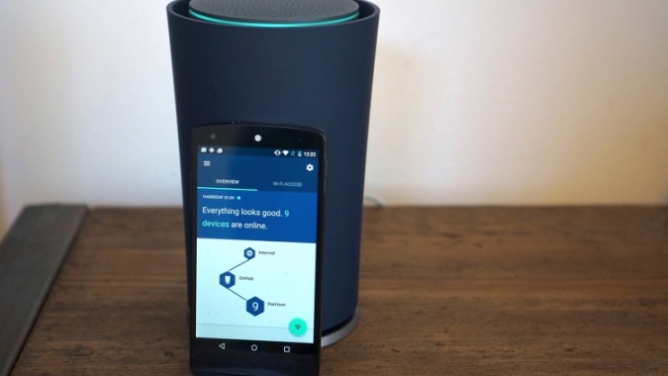 The second distinguishing feature is its OnHub appearance. He is quite attractive and is not ashamed to put it somewhere in the corner of the room as a decorative object.

In addition, OnHub has its own application in Google Play – Google On, – designed specifically to work with OnHub. The application can choose the priority unit, which will be given the highest priority in the distribution of packages. For example, if you are watching a movie on your LG G2, of course, you need high speed in comparison with other connected devices. Then you need to ask for a time the highest priority G2, so the smartphone will get more megabytes of traffic, even if the network is loaded.

This video will explains the latest technology we will going to use for our own benefit makes our life more confirtable and easier.

Thus, OnHub is an advanced router with broad functionality and quality performance. On Amazon router costs about 200 dollars, which is enough for home use, but for the quality, you should always pay.