We all know very well that recently, the social network giant Facebook team released a statement indicating new measures for correct monetization of content. In it they indicate certain factors to take into account that should be avoided as false news, rather than, the main enemy of the social network.

Recently, the social network giant Facebook team released a statement indicating new measures for correct monetization of content. In it they indicate certain factors to take into account that should be avoided as false news, rather than, the main enemy of the social network.

The social network giant Facebook wants to take action and there is no doubt, in fact, it will now be much more stringent with the content to be public. Specifically, the statement indicates that the type of content that will not be monetized will be those that expose some type of violence, regardless of context.

Yes, now you will have to be more careful about what you publish since it will not matter that you try to create a social conscientious company, but it should not contain any element that can represent the violence in the least.

Likewise, that content that exposes images about the consumption of drugs, an excess of alcohol or tobacco will remain on the platform totally but except the monetization of contents.

In addition, they will take into account every word that a user cites in the publication of its content since it will not be allowed inappropriate language, scenes for adults and those that emit illegal practices.

However, this is not all, as the document adds that certain minimum requirements must be met so that your group, pages or company can be monetized by Facebook. Thus, creators and publishers should have a profile for at least one month in use.

The social network giant Facebook wants to help people who already have some knowledge in the market and therefore, requires a certain reputation among the community that you handle. In a way, it would be verifying the correct appropriate participation from user to user.

Although, there is a problem for users who want to create content based on third parties since they are the advertisers and brands who will have the final word on what content they will let users to handle. Undoubtedly, this is a fairly firm move by Facebook, surely we will see great results in their efforts to reduce the publication of false news, drug campaigns, alcohol, kidnapping, among other things. 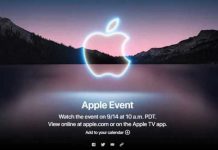