Meta (Facebook) is testing a new live chat support feature for those who are locked out of their account. Recently, Facebook has announced plenty of updates around the globe.

The company has started testing the new live chat support feature for English-speaking users, including creators who are locked out of their accounts. This feature will be helpful because many times, people don’t know how to retrieve their accounts.

Apart from this, Facebook is also testing the feature with creators who do not have an assigned relationship manager. 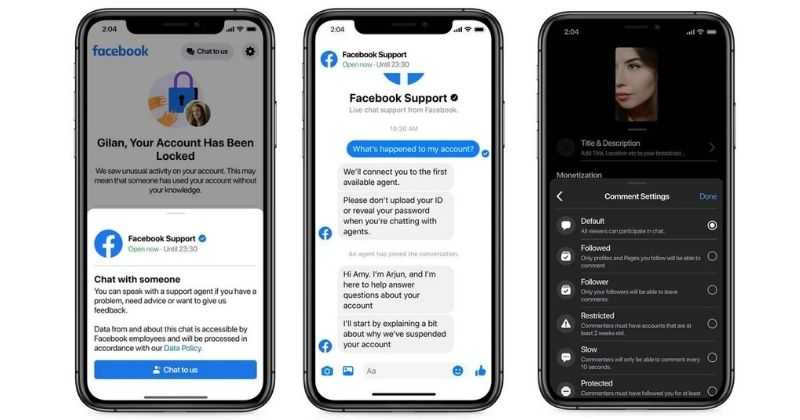 According to Facebook, this is the first time offering live support for the issue. It is focusing on the users who can’t log in due to unusual activity or for any other reason.

In the blog, Meta said, it is rolling out a few comment moderation tools like profanity keyword blocking tools, suspending/banning controls, and stronger comment controls for creators.

The new feature will be helpful when someone loses access to their accounts or if someone blocks your account. At such time, Facebook will show a pop-up asking to chat with them. The pop-up note says, ‘you can speak with a support agent if you have a problem.

When you click on the “Chat to us” option, a chat window will open, and you are connected to a customer service executive. They will help you to get your account back.