The interesting feature Messenger has received is the Screenshot detection feature. It is similar to Snapchat, which notified you when someone takes a screenshot of your chat.

All Messenger users will be informed if the screenshot of their disappearing message is taken. A similar feature is available in Messenger’s vanish mode. 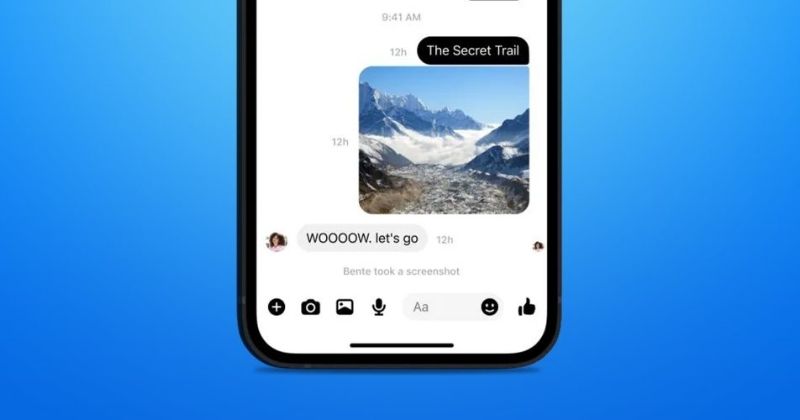 Facebook is rolling out this notification feature in the next few weeks for disappearing messages.

In a blog post, the Product Manager, Timothy Buck said,

“Today, we’re announcing updates for Messenger’s opt-in end-to-end encrypted chats that will help improve your messaging experience. Building secure and fun interactive features take time and require our engineers to innovate and solve technical challenges, so this is part of a series of product updates as we keep improving our services. With cybercrime and hacking on the rise, it’s more important than ever to find great ways to connect with friends and family through private and secure communications.”

Whatsapp users have been waiting for a long time to get the screenshot detection feature and the message reaction. However, Facebook has made it and is getting these new features. Soon, Whatsapp might also get such features.

The end-to-end encryption is available to everyone, and it makes the chat secure and private. Only the sender and receiver have chat access; nobody else can access the chats.

Facebook Messenger also received the Message Reaction feature. The users can tap and hold on to the message to bring up the reactions tray. And double-tap on a message to “heart” it.

Apart from this, Messenger also allows the user to reply to specific messages in their end-to-end encrypted chats by long pressing or swiping to reply.