As WhatsApp has become popular, more and more users are sending voice messages. It is not exactly practical for those who receive it, but it is easier for those who send it.

Knowing the popularity of this feature, now the social network giant Facebook is testing voice messages in the news feed, starting with India. User Abhishek Saxena was the first to announce the novelty, which is present in the Android app. 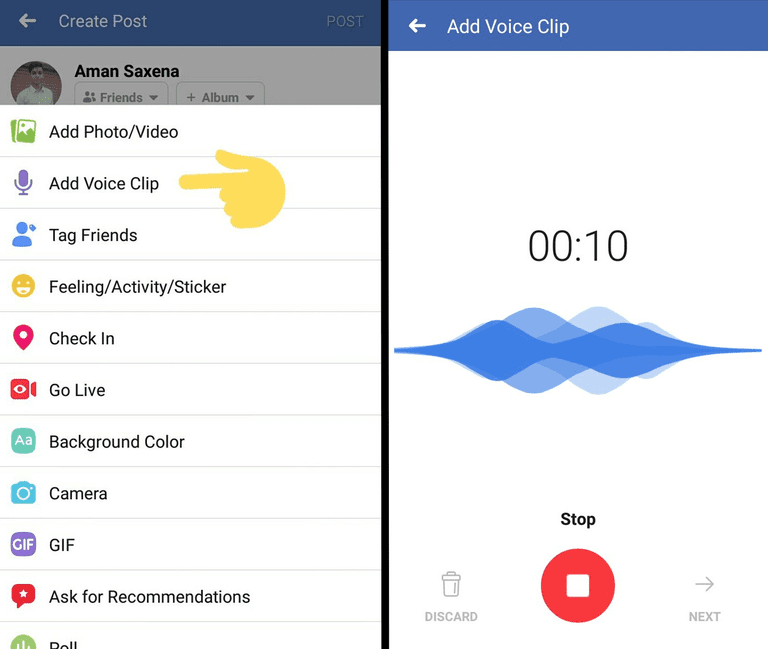 According to TechCrunch, the user touches “What are you thinking?” And then “Add Voice Clip”. You can record as long as the storage of your device allows, without a specific Facebook limit.

The user can listen to the recording but cannot edit and then share it on the news feed. Your friends can play to hear your voice while watching a waveform animation.

They will have to keep the app open instead of listening to the audio in the background because technically the clip is recorded as a video. 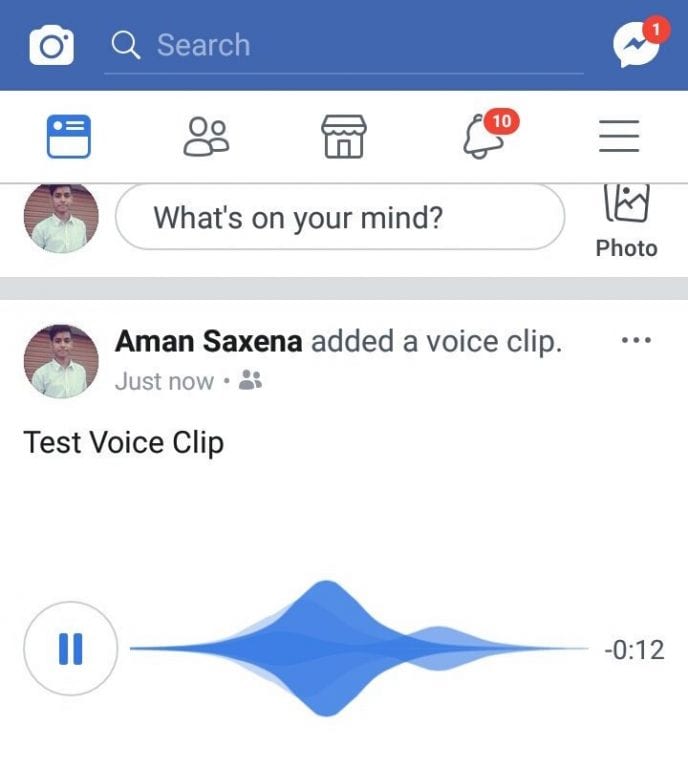 A spokesman tells TechCrunch: “We’re always working to help people share and connect with their friends and family on Facebook in authentic ways. Voice clips give people a new medium through which to express themselves.”

It makes sense that the tests start in India, where there are 22 popular languages. Also, the goal is to encourage you to post more personal content. In that sense, the social network giant Facebook has also added a list of feature, which is available worldwide.

So, what do you think about this new feature? Simply share all your views and thoughts in the comment section below.