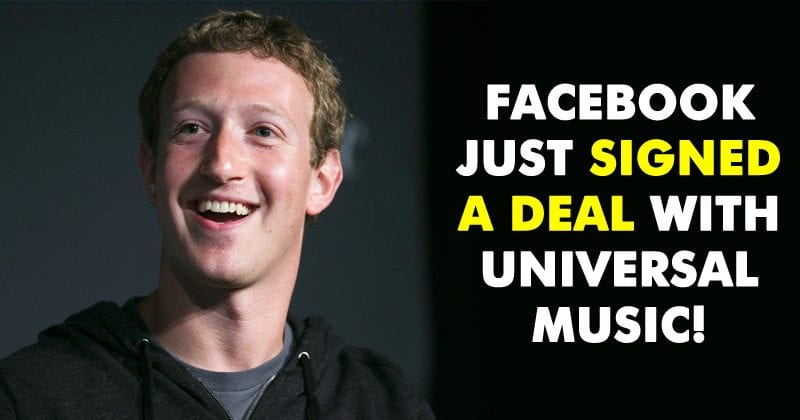 We all know very well that Facebook is the largest social network currently, which already has more than 2 billion active users, has been studying the possibility of collaborating with Universal Music Studio, one of the most important music industries of the moment.

Messenger is increasingly used as a means of communication between people and groups of people. This application is associated with the social network giant Facebook’s personal profile and therefore it is not recommended for children under 13 years of age.

Thinking about the younger audience, recently, we saw that the social network giant Facebook today launched Messenger Kids, a messaging application for children that allows parents to control it.

Moreover, recently we also reported that the social network giant Facebook’s Instant Games platform simply enables you to play titles such as Pac-Man in Messenger or the News Feed and is currently getting some meaningful updates.

However, the main among them is a new live stream option that simply allows you to stream any Instant play you are playing on the social network giant Facebook Live. These streams will also be saved so you can post them to your profile later.

The social network giant Facebook also says it’s starting to test video chat for certain games, so you can see your friends while you play and even start a new game from a video call.

A few months ago, the well-known image messaging and multimedia mobile application, of course, I am talking about Snapchat who announced the World Lenses, which allows you to place three-dimensional objects in the image or video. On the same day, the social network giant Facebook also announced that it would do something similar. This was somewhat restricted to some brands and now is available to all developers.

The AR Studio tool which was launched in open beta for anyone to download and try out. You can associate an animation with certain actions, such as displaying lightning when you raise your eyebrows.

Facebook, is the largest social network currently, which already has more than 2 billion active users, has been studying the possibility of collaborating with Universal Music Studio, one of the most important music industries of the moment. Recently, both companies have announced the completion of a collaboration agreement that will last several years.

This alliance tries to offer discographic contents to all the companies that belong to the social network giant Facebook, like Instagram, Messenger, Oculus, etc. This makes Universal Music the first music company to offer its content for other experiences beyond the listening and playback of content.

This agreement aims to work, for now, through two ways: to allow artists to have other ways of presenting their work and to make it easier for users to use such works or publications, without having to be aware of their copyright. They have enough permission to do it, making the experience unique.

This is intended to help users in copyright infringement problems that may fall when sharing music on the platform. The social network giant Facebook affirms that this is the first step, and has commented that it will work with UMG to introduce “products based on songs” on its platforms. Although Universal Music Group is the first company to sign a license agreement with Facebook, it will not be the last, as Mark Zuckerberg’s company was in several conversations with Warner Music Group and Sony Music Group, according to sources.

The social network giant Facebook has started with the negotiations of the music companies in 2015, as it was trying to discover a way to incorporate music into its services. As these negotiations progressed, Facebook concentrated on addressing the problems of copyright infringement on its platform, a move that would leave users of the platforms and the music industry happy.

So, what do you think about this new agreement between Facebook and Universal Music? Simply share all your views and thoughts in the comment section below.