The last few months have not been simple for the social network giant Facebook. After the scandal of Cambridge Analytica and other companies that obtained data of the users in forms little transparent, the company has not been able to recover the confidence of the users.

A new problem seems to have now been detected in the South Korean giant Samsung’s smartphones. Apparently, the apps of the largest social network are not being filtered out in the access permissions and the company can, if they want, spy on users without them noticing.

With Android Oreo, the South Korean giant Samsung has added some security measures that allow users to control more finely what permissions the apps have and what features they are using.

In practice, this causes a notification to be shown whenever an app uses the camera or microphone. Thus, in addition to having access to this information, they can also block it and prevent abusive use.

The problem now discovered shows that in the case of some Samsung smartphones Samsung’s apps escape this control and it is not possible to block access. In this way, if the camera, microphone or other element is being used, users will not get notified. 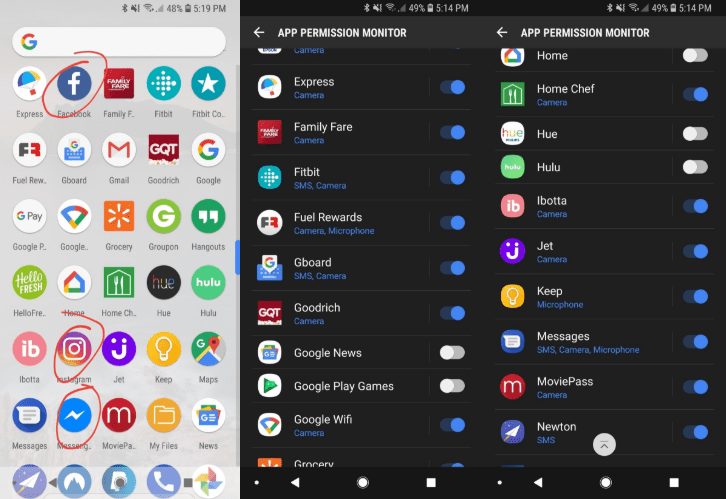 From what could be ascertained, this problem has a simple explanation and a more complicated resolution. Since the social network giant Facebook apps are installed with Android itself, the operating system understands that they are native and trusted, allowing them to escape this control.

It is not yet known if this is a situation caused by the South Korean giant Samsung, with some problem in its version of Android Oreo, or if it is something that the social network giant Facebook apps provoked with its pre-installation.

Also read: How to Take Long Scrolling Screenshot on Any Android

What is certain is that this is yet another security flaw associated with the Social network giant Facebook and its apps, which allows users to collect information from users without their consent and knowledge.