The market for dating applications has in recent years been led by Tinder. In order to try to counter this dominance, the social network giant Facebook introduced recently, a new dating feature that could smash the apps like Tinder.

The market for dating applications has in recent years been led by Tinder. In order to try to counter this dominance, the social network giant Facebook introduced recently, a new functionality, which is known as Facebook Dating, it is a strong competitor to enter this market now.

Tinder is, for some time, one of the main applications for those who want to meet new people. Through the evaluation of the various people who are being suggested, it is possible to have an opinion match and the beginning of a two-way conversation.

In order to try to counter Tinder’s dominance, the social network giant Facebook presented during its F8 conference yesterday a new feature that will be available on its social network.

Yes, as we told earlier, we are talking about Facebook Dating, a new area within the social network giant Facebook that will allow, just like on the competing platforms, to meet new people and start a conversation with someone who shares the same tastes or interests.

Although this platform is accessible by the traditional account, it will have a profile, groups, events and an independent messaging system. To use it, you will need to enable this feature and fill in the profile with name, photo, likes and interests. This profile will be visible to other users who have this feature active, as long as they are not on the user’s friends list.

While the match is not done, only the photo, the first name, and basic information to try to safeguard the privacy of each one is presented. 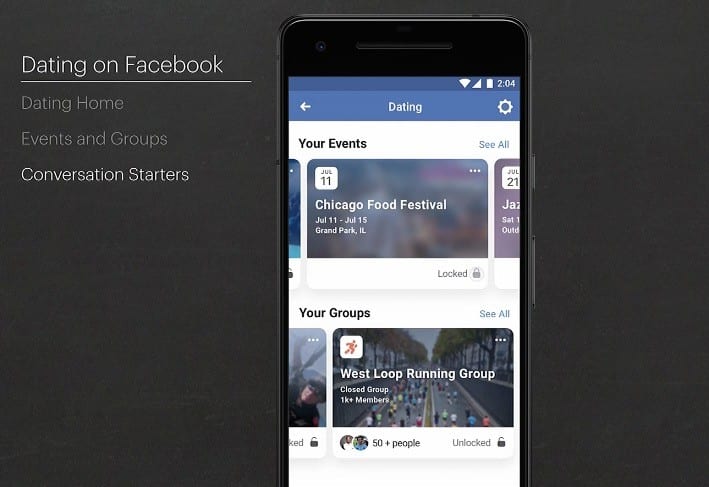 To choose the matches, the social network giant Facebook’s algorithm will analyze the profile, the common tastes and the mutual friends, as well as other variables that were not known. There is also the possibility of creating or joining groups and events in order to reach a larger number of people within a certain type of interests or themes.

As in Tinder, once there is a match between two people, more information will be automatically shared between them and a conversation channel will be opened between them.

This is a feature that will go into testing later this year and will soon be available to all users looking to meet new people.