The South Korean giant Samsung’s Galaxy S9 is not yet among us, and yet, a clone has already come out. But, this new smartphone is the first Android smartphone to feature an On-Screen fingerprint reader and features of Galaxy S9 and iPhone X.

This Is The First Smartphone To Feature On-Screen Fingerprint Scanner

The South Korean giant Samsung’s Galaxy S9 is not yet among us, and yet, a clone has already come out. But it is not the only device victim of copies by certain manufacturers of Chinese origin. Doogee has been the last to join the party of inspiration, and its two objectives -yes, two- have been the iPhone X and the Galaxy S9 itself.

The result of a crazy night between these two terminals? The Doogee V, a device that, despite not having been officially announced yet, has been revealed some time in advance by the renowned filterer or leakster Evan Blass, and hides some surprise that we did not expect to see in a terminal of this type.

This will be the Doogee V, with rear Samsung’s Galaxy S9, front of the tech giant Apple’s iPhone X and fingerprint reader under the panel. 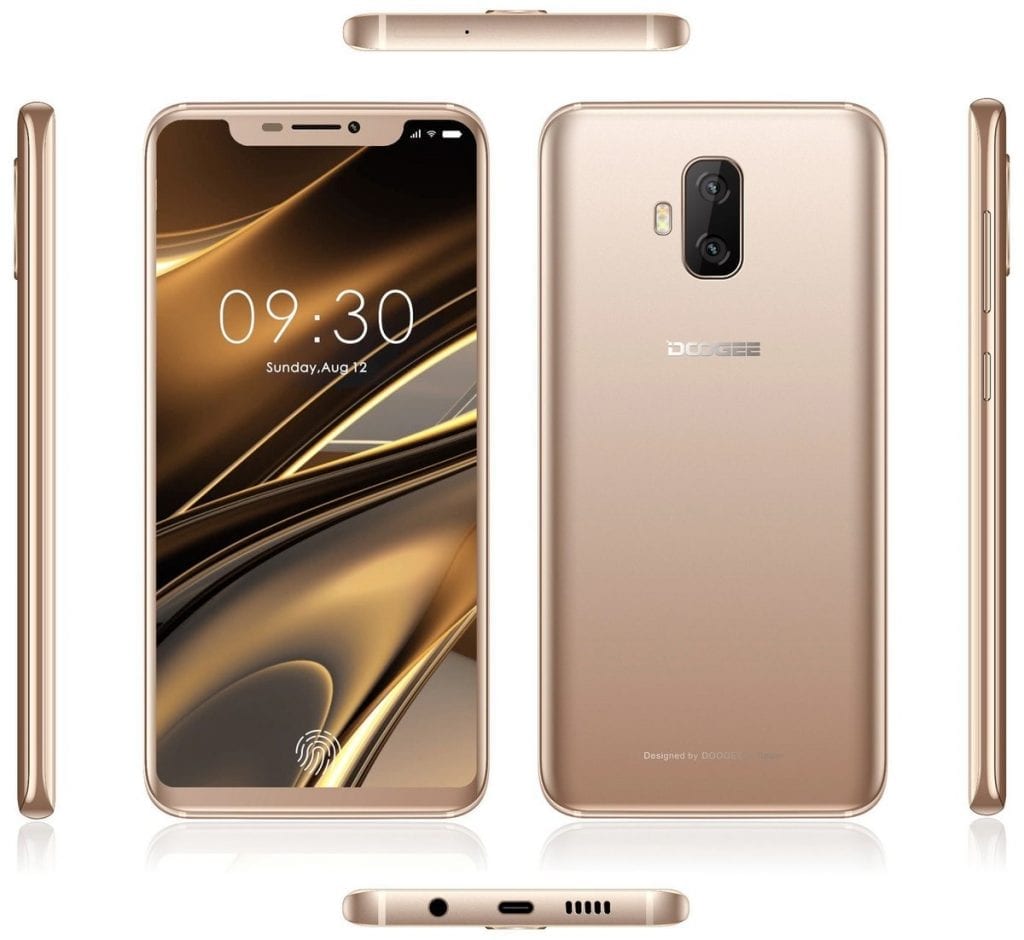 The Doogee V have enough a few leaks starring the new Galaxy S9 to base the physical appearance of its next terminal in Samsung’s flagship model for the first half of 2019. The firm, of course, has not hesitated to add one of the characteristic details of the tech giant Apple’s iPhone X as it is the notch, the notch of the front that picks up the speaker, the sensors and the camera for selfies.

So, while the body is surrounded by an aluminium chassis, the rear is formed by a slightly curved glass panel on its sides, which collects a dual photographic system located in a vertical arrangement, similar to what we will see on the Samsung Galaxy S9+.

However, neither in the back nor in the front we will find a fingerprint reader insight. This is because the company would have dared to incorporate the sensor under the glass of the screen, thus being one of the signatures that, together with VIVO, will launch a smartphone with a reader under the panel.

For the rest, beyond a 6.2-inch screen surrounded by tiny frames, the rest of the data on the technical section of the terminal remain secret. As soon as more information is known about this curious terminal born of a romance between Korean and Californian firms, you will be the first to find out.

So, what do you think about this new extraordinary smartphone, the Doogee V? Simply share all your views and thoughts in the comment section below.