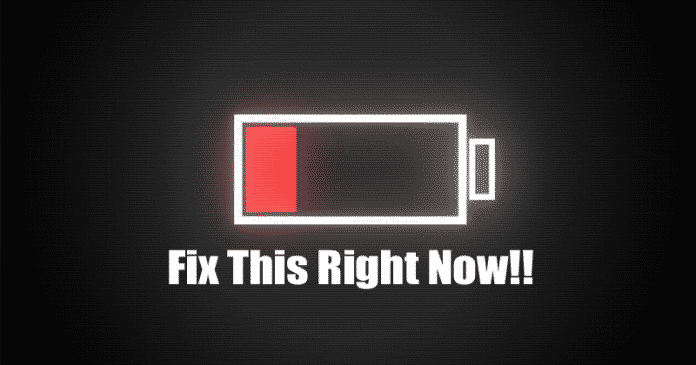 If we look around, we will find that almost everyone now holds an Android smartphone. Android provides users with far more features and customization options than any other mobile operating system. However, Android is not one of the most secure operating systems, and the number of bugs on the platform is relatively high.

If you have been using Android smartphones for a while, you might know that Android devices slow down over time. Well, it’s quite normal for an operating system to slow down if you have hundreds of running apps in the background. These running apps also affect battery health.

Here we go again with the secret battery assassin Google Play services that updates in the background and stabs your phone right in the heart. pic.twitter.com/Zu8jRchzYq

Fortunately, users have some options regarding workarounds for this bug. Users need to follow the methods given below.

That’s it! This is how you can fix the Android bug draining your battery. If you want to share anything related, let us know in the comment box below.