Well, if you search for music streaming apps on the Google Play Store, you will find lots of them, but Spotify Premium Apk is quite different.

The music streaming app also allows users to create their playlists according to their mood. Even, you can download your favorite music for offline listening.

However, as we all know, the app is available in a few countries like the UK, US, Australia, and others. So, if you have downloaded the Spotify Apk file from third-party sources, then you might face problems while using the app.

Contents show
How To Fix Spotify Not available in your Country Error?
Hola VPN
Other VPN Apps That You Can Use
Hotspot Shield
TunnelBear VPN
Windscribe VPN

How To Fix Spotify Not available in your Country Error?

Android users are facing Spotify Not Available In Your Country error which is usually shown in restricted countries. However, since Android is an open-source operating system based on Linux, we can control the entire operating system as per our wish.

If Spotify is not available in your country error is troubling you, you need to use a VPN App (Virtual Private Network). With the help of a VPN for Android, you can change the location of your device.

So, in simple words, we need to fake our device location to enjoy Spotify on Android.

We will use Hola VPN to change the location. There are lots of other VPN apps available on the Google Play Store, but we have listed Hola VPN because its free to use.

Hola VPN is also one of the best VPN app available out there, and you can switch countries easily. Here’s how you can use Hola VPN to fix Spotify not available in your country error.

Step 1. First of all, download & install Hola VPN on your Android smartphone.

Step 2. After installing the app on your Android, open your App drawer and then select Hola VPN. You will see an interface like below, where you need to tap on ‘I Got It’ 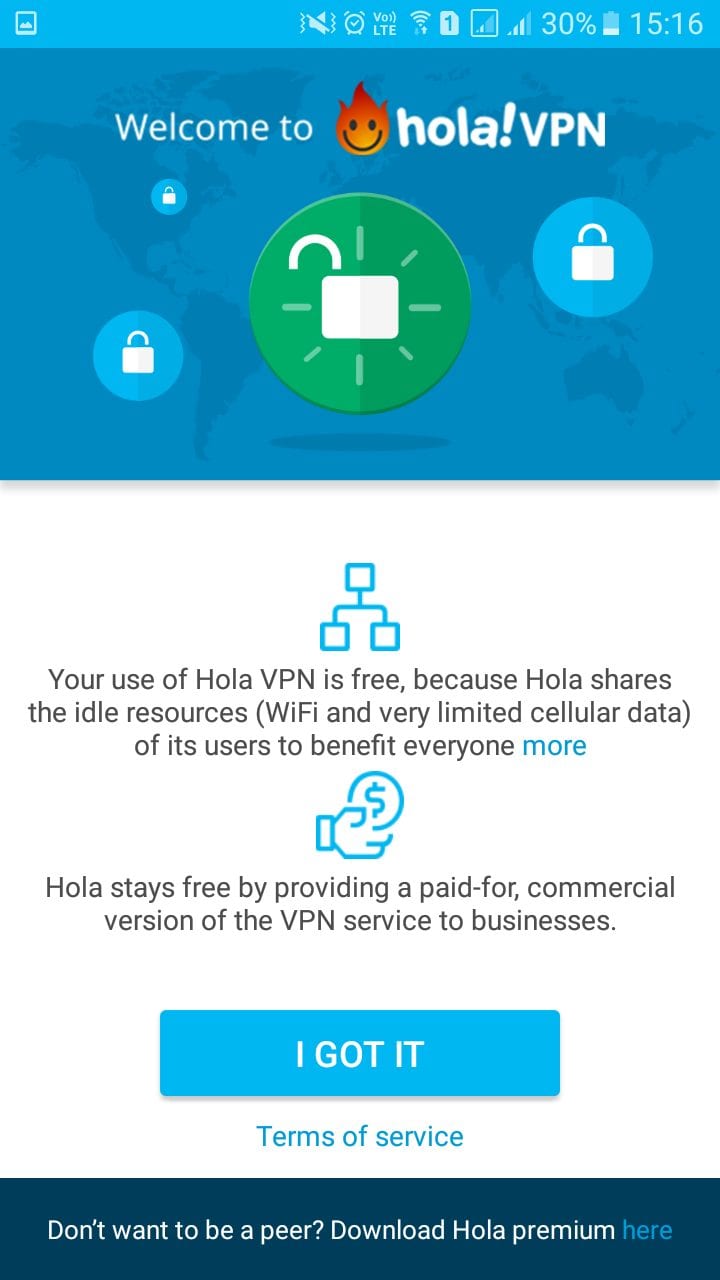 Step 3. Now, you need to tap on the Hola Settings and then choose the location. If you want to fix the Spotify error, you need to choose between the US, UK, Australia. 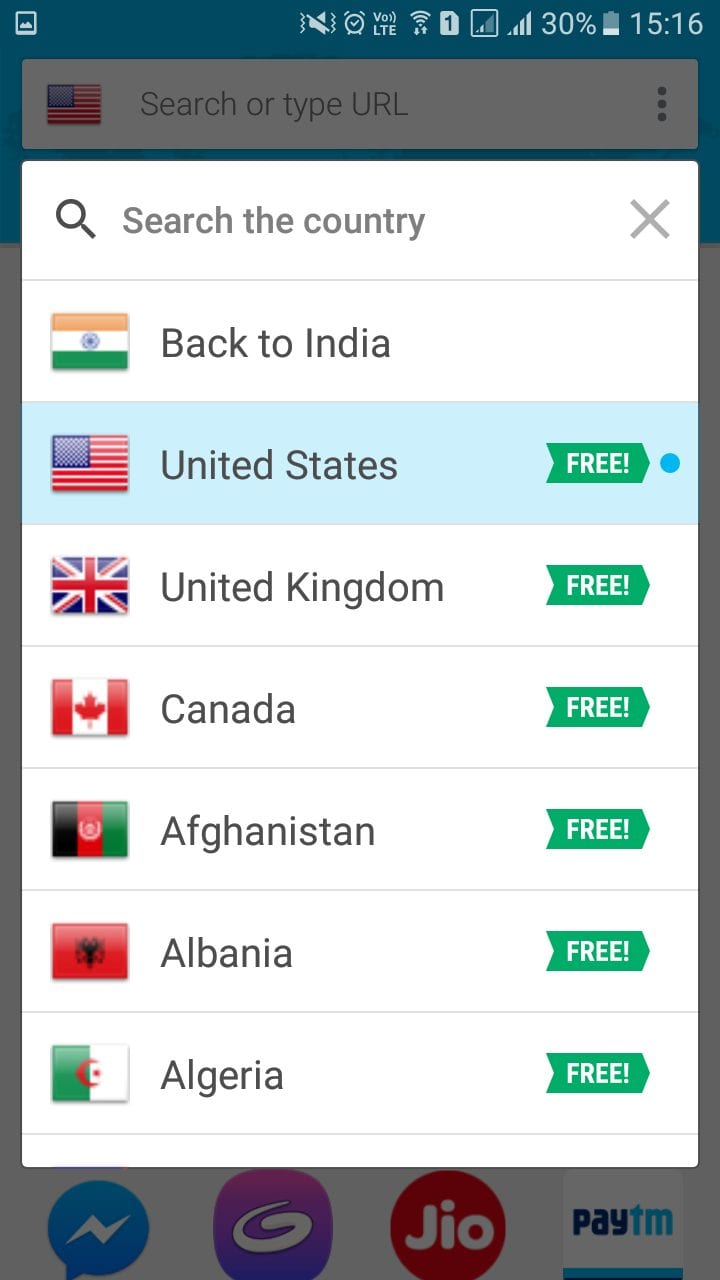 Step 4. After switching the country, tap on the ‘Spotify’ on the Hola VPN and start using the app.

That’s it; you are done! Now you won’t get the Spotify Not available in your country Error on your Android smartphone. If you need further help regarding the installation steps, please discuss them with us in the comments.

Other VPN Apps That You Can Use

It’s worth noting that not every VPN app available on the Google Play Store will work for Spotify unblocking. Spotify normally blocks the IP address of VPN apps to control Spotify’s unblocking. So, we have listed only the three best free VPN apps which can unblock Spotify. 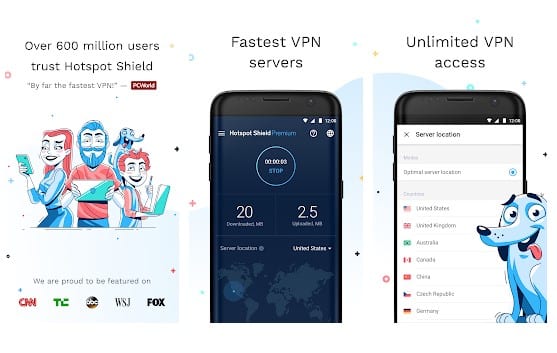 Hotspot Shield is one of the best and free Android VPN apps available on the Google Play Store. The VPN app highly focuses on performance, speed, stability, and security.

The VPN app encrypts all your traffic and allows access to global media, video, messaging, or social apps. So, Hotspot Shield is one of the best and working VPN app that you can use to fix Spotify Not Available on your country error. 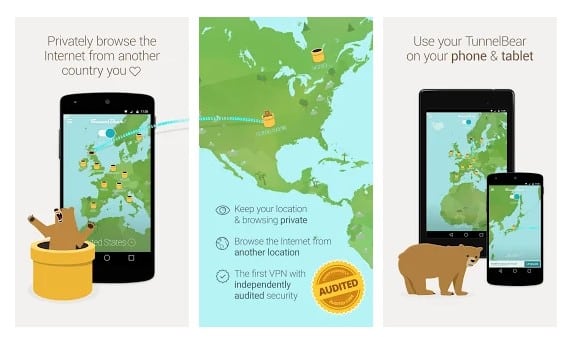 TunnelBear VPN is another best and top-rated VPN app on the list which allows users to browse the internet privately and securely. The best thing about TunnelBear VPN is that it protects your online privacy by making you anonymous.

Apart from that, TunnelBear VPN offers lots of IP addresses from different servers. However, on the free version, users can only use 500MB of free data every month.

Windscribe VPN is another best free VPN app on the list which you can use to fix Spotify not available on your country error. The best thing about Windscribe VPN is that it provides 10GB of bandwidth per month.

That means you can now watch video content without any limitations. Apart from that, it was the interface that makes Windscribe VPN stands out from the crowd.

For a complete list of Spotify VPNs, check out the article 10 Best VPNs For Spotify – Unblock & Access Spotify.

So, this is how you can fix Spotify not available in your country error on Android device. For more information, you can visit our Spotify app article in which we have discussed everything about the app. So, what’re your views on Spotify? Share your opinions in the comment box below.