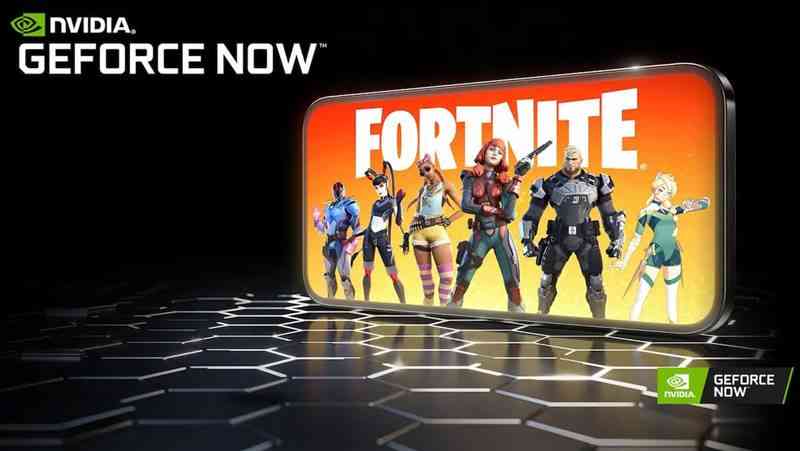 Nvidia did something fantastic work for iOS users to make them happy. Nvidia has officially rolled out Fortnite on its GeForce NOW game-streaming service for iOS and Android users. Interestingly, You only have to fulfill GeForce NOW app’s requirements to play.

Previously, Nvidia would launch its GeForce RTX 40-series Graphic cards, which a reliable leaker suggests, and some essential specs details.

A bunch of beta testing in previous days has now paid off to Nvidia, making the Fortnite game run smoother via streaming services and perfect compatibility that allow you to play in real-time without any delays.

In August 2019, Apple suspended Epic games and removed the Fortnite game from the App Store because the developer of Epic Games added the direct payment method to the game, which is part of violating the rules of the App Store.

After this removal, there was no other way for iOS and iPad users to play Fortnite. Also, let me explain why players want to play on iOS and iPad; if you played the game, you know playing Fortnite on mobile phones is more satisfactory for quick reflexes.

So, Cloud gaming is the only better option, and Nvidia GeForce NOW has added Fortnite to play with the streaming service.

If you have any doubt about lagging and delay, clear it up because firstly, there will be no delay, and you can easily play with touching screens with exact touch response, but it will also depend on your internet connection.

And about lag, there is no lag because it’s just a reflection of a game with your control. Even if you play games with high graphics like delay, the internet is also essential.

You can play GeForce Now Fortnite on iPhone, iPad, Macs, Android, and Windows. There are no high device specs requirements to run it. Its membership pricing starts with a $10/month, a “Priority” tier that unlocks six-hour sessions and ray-tracing graphics. It’s not available for some regions yet.