As we all know, how fastly any fake news spreads nowadays, especially WhatsApp Messages are well-known for spreading rumors. To combat this issue in 2019, WhatsApp had limited forwarding messages to five chats.

A year later, Whatsapp further lowered this limit to just one conversation. It reduced the number of unwanted memes and good morning messages on the platform. But now, WhatsApp is looking to restrict the forwarding of all messages to just one group chat.

As spotted by WABetaInfo in v2.22.7.2 of WhatsApp beta for Android, users are shown a warning — “Forwarded messages can only be sent to one group chat” — whenever they try to forward a regular message to more than one group conversation.

“Forwarded Messages can only be sent to one group chat” 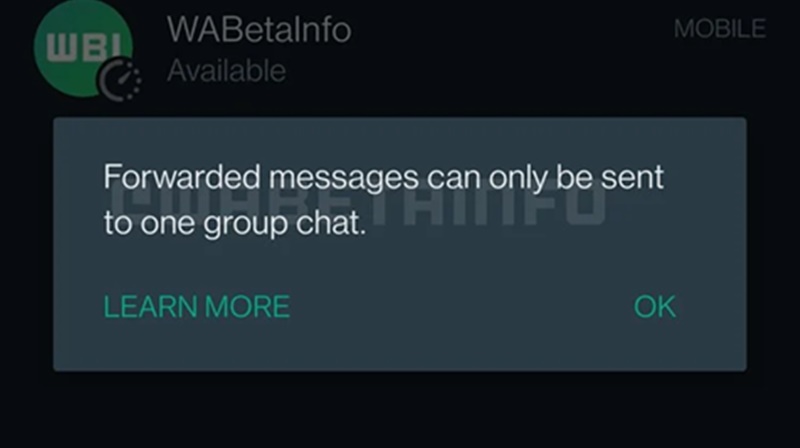 WhatsApp is testing the possibility to “forward messages to only one group chat” at a time. If the message gets shared more than four times, WhatsApp marks it as ‘frequently forwarded’.

Previously, WhatsApp had introduced a limit so these messages could only be forwarded to one chat at a time.

This also helps slow the spread of rumors, viral messages, and fake news. The feature is currently being tested and rolled out to certain beta testers, and it will be enabled for everyone in the next few days.