Samsung’s flagship smartphone S8 and Note 8 are a big hit in terms of revenue and shipments for the company. Now, the South Korean giant Samsung will soon introduce foldable smartphones and not only that even the alleged Galaxy X gets a new look, as the new images leaked.

After many years of speculation, 2019 seems to be the year in which we will finally have the device that folds and fold over themselves in markets around the world. We have already seen a first model released by ZTE, the Axon M and, although it does not seem like a good example, the first steps are always the most complex.

Another brand that will soon add to this trend is the South Korean giant Samsung as we hinted earlier. The design of the future Galaxy X has already been filtered in some previous occasion, but again returns to the fore thanks to some new renders poured into the network and we have seen thanks to LetsGoDigital.

As you can see in the designs distributed by this medium, we would be in front of a rather long device, capable of bending in half. For this, we have a special system in the middle of the device, whose function would be to unite the two screens. 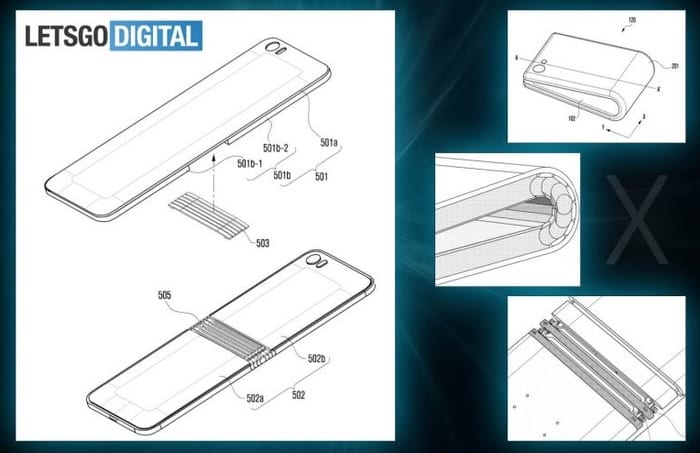 In the description of the device, we can read that we are in front of a “flexible electronic device” composed of two screens. One of them would be flexible and would allow us to have a single long screen on the inside. In this way, the system would make us stand in front of a shell-shaped device, ideal for convenient storage, but that would have a huge screen.

As for its possible date of presentation, some rumors suggest that we could see it at the Las Vegas CES of 2019, which is celebrated in the month of January. Personally, it seems to me that the project is still a little green so that it will see the light in a couple of months. We will see if the amount of rumors and leaks of the coming weeks makes us change our mind. 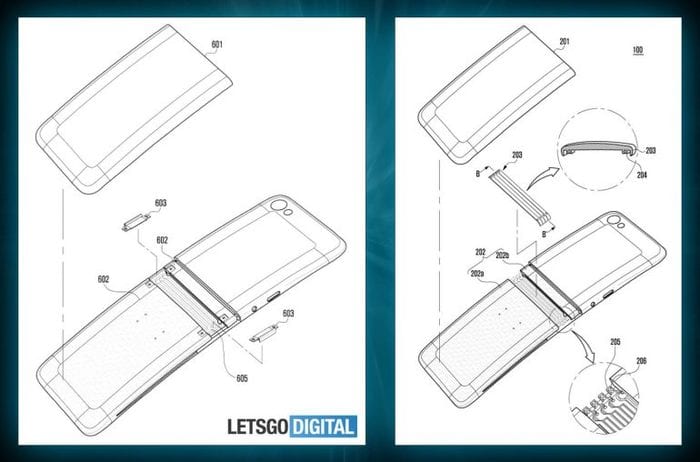 So, what do you think about this system adopted by the South Korean giant Samsung for its Ambitious Galaxy X? Simply share your views and thoughts in the comment section below.