Google has announced the Android 12 Go Edition with a faster app and long battery life. It is a toned-down version of Android 12 that was rolled out a few weeks ago.

Android 12 (Go edition) is the successor to Android 11 (Go edition). This variant of the latest OS will focus on the cheap, low-end devices that run the lightweight hardware.

The lightweight OS is all set to launch in 2022. Google has announced this after two months of Android 12 launch for the Pixel smartphone lineup. 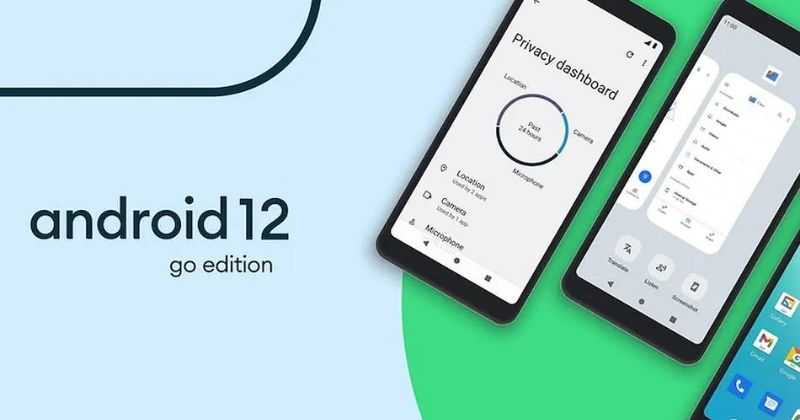 According to Google, the Go edition OS was launched four years, and it has more than 200 million active users. With the next version of Android Go arriving next year, the company promises to bring faster app launch, better privacy, improved battery, new translation features, app and device sharing, and more.

The entry-level smartphones will open apps faster with an improved app launch time of up to 30 percent. It means you will be able to open apps much faster by reducing your time when you look at the screen is going black, or the UI gets frozen.

Opening apps will show smooth animations. As it is important for a good software experience, so the company is including the SplashScreen API. It will allow the users to see beautiful animation on the screen while the app loads.

The users can translate what is on screen with the help of the “Recent” menu. You can navigate it by clicking on the menu button on the phone. This feature is useful when you are reading something in a different language and you don’t understand. You can translate it to your preferred language with just a few taps.

The Files Go apps allow you to recover files within 30 days after deleting them. So, in case you deleted any file accidentally, you can bring it back to the regular library.

The new Go Edition software brings Privacy Dashboard, it will show what apps have accessed sensitive data like location, sound from microphone, and content from camera.

Similar to the regular Android version, the Go edition will show an indicator on the top whenever the app will access the microphone or the camera of the phone.