Google has finally announced making the “Live View” AR feature available in Google Maps, while the company announced this feature months ago at its Google I/O event.

But in the beginning, Google is going to keep it in some limited regions, and in the future, we will see its expansion but till that time, let’s discuss major details about it.

Google Maps Will Get Live View Feature By Next Week 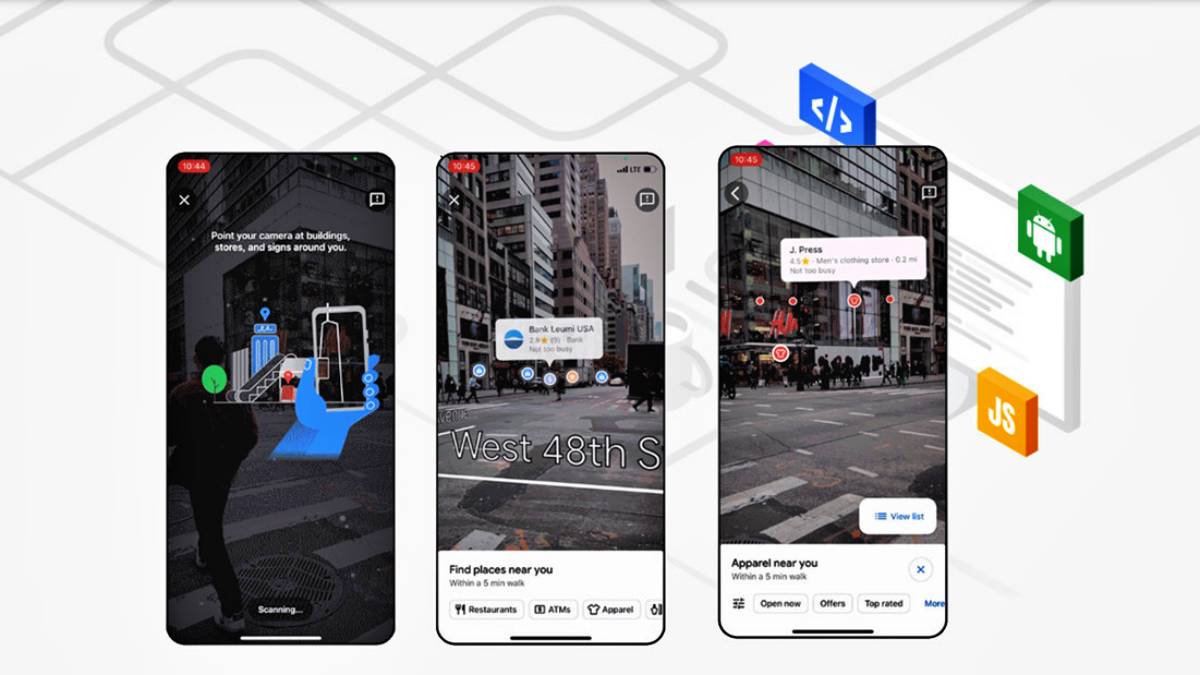 We all know AR technology is at its peak for multiple reasons, and I think it is in more demand than VR tech because it is more accessible, and this new feature in Google Maps is also an out-turn of AR tech.

This ‘Live View’ feature allows users to see exact details about the landmark that the user is pointing at with the camera. For example, if you’ll point to any coffee shops or ATMs so you will get some live details about it on the same camera screen.

And these details are such as the name, rating with the number of users, what exactly it is, how far it is, and if it is a currently busy place or not. You can also see all these points in the above image.

However, the best part is that it will be available for both: Android and iOS users without any major precondition. Google has been working on this feature for the past two years.

To use this feature, you just simply have to click on the above camera option, which will be present in the search bar, and then you have to point the camera to the place about which you want to know.

Besides, for the early stage, it will be only available in London, Los Angeles, New York, Paris, San Francisco, and Tokyo. Google will start rolling it out with an update by the next week.