We all know very well that the tech giant Google’s web browser, of course, Google Chrome has won the browser war: with more than 50% stake, it is ahead of the competition on both desktops and smartphones. However, now according to the latest reports, the tech giant Google to add this awesome new feature to its Chrome browser.

Google Chrome To Get This Awesome New Feature

We all know very well that over the last few months, various platforms and programs have received continuously the so-called and well-known feature, of course, dark mode, all in order to take advantage of this feature. This dark mode is basically one of the best modes which is implemented and most used by the users in the applications.

However, we also know very well that the launch of macOS Mojave has anticipated the arrival of the ‘dark theme’ for Apple PCs, obviously regarding software. The operating system and native apps adapt automatically to this ‘dark mode’, but third-party apps have to be updated simply to adapt to the new interface of the system. Hence, the tech giant Google’s Chrome browser is one of the next ones that will do it. But, what about the tech giant Microsoft’s Windows 10? So, to know more about this let’s explore the post.

Well, now if we talk about the availability of this well-known feature for Windows 10, then let me clarify that the tech giant Google’s famous and most used web browser, of course, Chrome browser for Windows 10 will also receive the so-called dark mode throughout this 2019 just like the tech giant Apple’s macOS Mojave.

However, now if you are thinking about the exact date of arrival then let me clarify that currently, we don’t have any information about the arrival of this feature for Windows 10. But, what we can currently confirm according to the reports is its availability for the tech giant Microsoft’s most used operating system, of course, Windows 10. 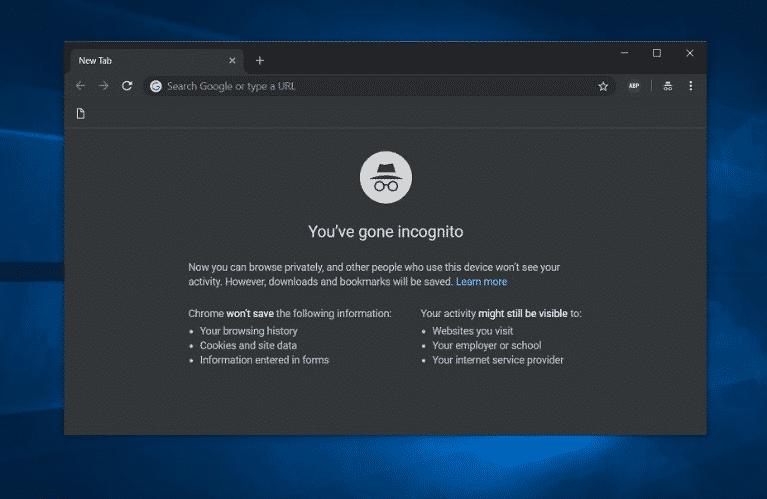 Basically, it has been leaked by the Peter Kasting who is a member of the Chromium team and browser engineer of the tech giant Google, who has confirmed that “the native support of the dark mode for Chrome in Windows 10 is on the way”.

Moreover, the member of the Chromium team, of course, Kasting himself had already submitted in May 2018 a report complaining about the lack of support for this mode of operation in Chrome for Windows 10, claiming that the system itself allows users to configure some of their applications in clear mode or dark, and Chrome should respect this.

Hence, for all these reasons and complains finally the tech giant Google decided to launch the same well-known dark mode feature for Windows 10 just like a few days ago it confirmed the arrival of this feature for Chrome in macOS Mojave. So, what do you think about this? Simply share all your views and thoughts in the comment section below.