We all know very well that before becoming a smartphone manufacturer, an email provider, and smart home company, the tech giant Google was just a single website with a simple search box. However, even it seems a simple service, but it still has a couple of tricks up its sleeve. Yes, recently, according to the latest reports, a top secret adventure game of the tech giant Google has just appeared.

Before becoming a smartphone manufacturer, an email provider, and smart home company, the tech giant Google was just a single website with a simple search box. However, even it seems a simple service, but it still has a couple of tricks up its sleeve.

Hence, the best-kept secret of the tech giant Google has been found in the source code of the search engine itself. And they are not the keys of the company, but an adventure like those that were lived on PC before the arrival of games with 3D graphics.

If you like Big Bang Theory, you will remember a chapter in which Sheldon played with his computer a classic graphic adventure. There are many styles of adventures, and one of them is the one that does not have any kind of graphics, just a few lines of text, a few commands that we can enter manually and our imagination.

This type of adventure is very special since it is the most retro that we can find and, in addition, they make our imagination wake up. Hence, now an easter egg has been discovered in the source code of the tech giant Google.

Also read: 10 Cool Hidden Games in Google You Must Play

Activating this Google game is very, very simple. The only thing we must do to do this is to open Google in incognito mode and go to the following address: google.com/ncr. Why should we go to that address? The reason is simple since it is something exclusive for the North American browser, but with that code, we can easily access it. 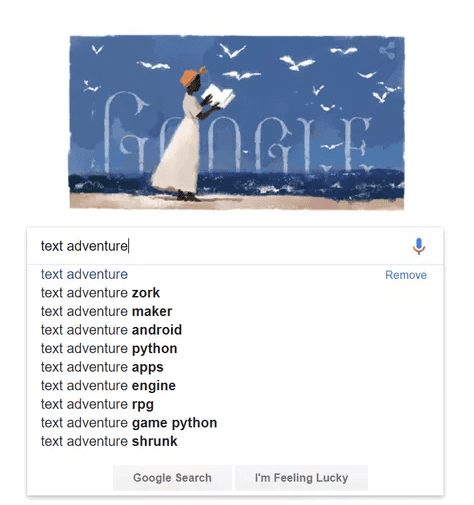 If we have done well, we will see that the tech giant Google tells us that there is something we should not tell anyone and also encourages us to play a game. This is like Matrix, if we choose not to, we go home and we lose the secret of Google. If we choose ‘yes’, we discover how far the rabbit hole goes.

It is a game in which we only have a few options (catch, open inventory, and go to different directions) and, certainly, is not very complicated or it doesn’t hide anything of the other world, but it is very, very curious to know. Hence, we encourage you to discover this secret of the tech giant Google, a nice easter egg that they have just brought to light. So, what do you think about this? Simply share all your views and thoughts in the comment section below.