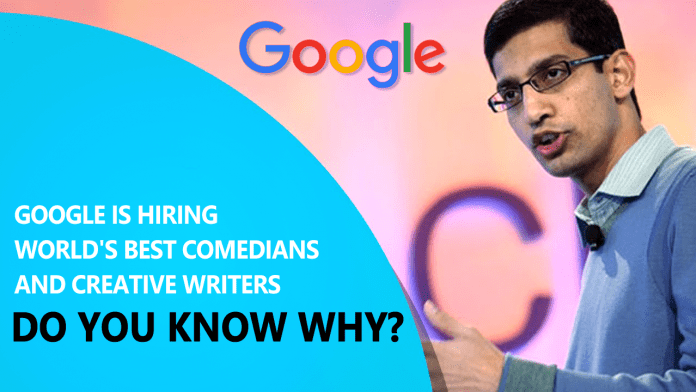 Google is looking for creative writers and comedians to help humanize assistant and had hired writers from the Onion and Pixar for making Google’s AI funnier.

Funny Artificial intelligence is all we want in this era. Recently, Google has decided that its new AI Home assistant need to have a sense of humour. Google Home is getting closer to launch and the AI is not only getting smarter but it is getting more user-friendly too. If we take a look at Siri, Cortana, and Alexa they are useful but they are little robotic.

According to the reports from Wall Street Journal, Google wants the AI to be the bit more user-friendly. Google had hired comedy writers from Pixar and the Onion. That means you will be able to ask Google home to tell you joke whenever you are bored.

Users can get a preview of Google’s new assistant by downloading the Google’s new Allo chat app. Basically, it is an app that is similar to WhatsApp but it has some useful features too. One of the appealing features is its “Assistant’ that you can try asking some jokes to Google AI in Allo chat app

If we talk about voice interactions, Wall street Journal claims that Google is focused on making the answering queries with realistic tones. Google “wants to build an emotional connection” with the users.

Google believes that humor is an important part of allowing people to interact more naturally with their automated assistants. AI techniques became an essential part of the technology industry which helps to solve many challenging problems in computer science.