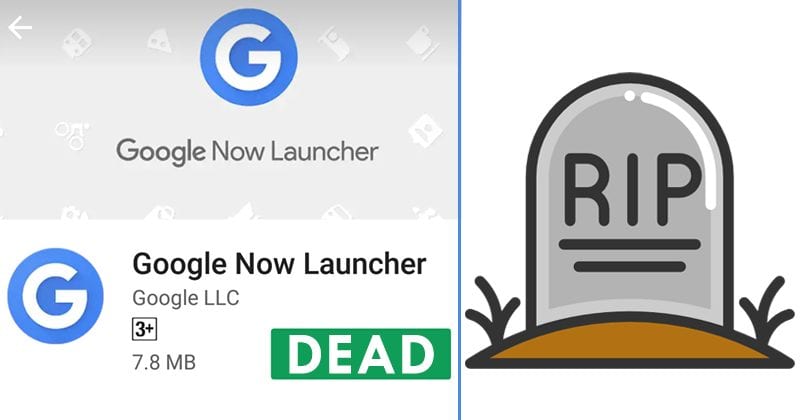 As we all know very well that on the Google Play Store, there are numerous launchers available for customizations, but, the tech giant Google, the owner of Android has now decided to finally kill its well-known Android launcher, of course, the Google Now Launcher.

Throughout the years in which the tech giant Google has developed, and develops Android, we have seen different approaches to the idea of having an interface as pure as possible.

Although the manufacturers had the approval to modify the appearance of the desks in their models, but, the tech giant Google had always opted for the minimum modifications.

That’s why the tech giant Google launched, Google Now Launcher a while ago, an application that allowed to install a desktop replacement for almost any mobile phone and brought it closer to what Google thought it should be.

The Nexus and then the Pixel were the essence that inspired this application that is no longer available.

Yes, this application has undergone a modification in the Google apps store and now appears as not installable in many mobiles in which before we could use it.

We have seen how in recent mobiles such as Huawei P20 Pro or Huawei Mate 10 it is not possible to put it, at least officially. However, we have managed to install it even on mobile phones that use an older version of Android, 7.0 Nougat.

It is a matter of few weeks that the tech giant Google also prevents the use of this app on these phones and although we can continue to update if we already had it installed we can not put it on the next mobile we buy.

This is not a big problem as long as there are good alternatives. The most similar is possibly the Pixel Launcher, an app that mimics the behaviour of the Google mobile desktops. There is also the highly valued Nova Launcher, probably the best known and most powerful on the market.

If you want something simpler you can take a look at Evie Launcher and if none of that convinces you we recommend that you go to the Google Play Store, where there are dozens of options available.