We all know very well that there have been many lines written about the new Google Pixel over the last few months. Now, among speculations and certainties, the tech giant Google has just presented two of the best smartphones, of course, Google Pixel 2 and Google Pixel 2 XL.

There have been many lines written about the new Google Pixel over the last few months. Among speculations and certainties, behold, Google has just presented two of the best smartphones.

These are the Google Pixel 2 and Google Pixel 2 XL, where Artificial Intelligence comes first. The tech giant Google recently introduced its new line of smartphones with the new Pixel 2 available in two dimensions: 5-inch and 6-inch.

The Pixel 2 XL is constructed of aluminum and features a 6-inch pOLED screen with 18:9 ratio and QHD resolution. For those who like to wear polarized glasses, the new Pixel features a circular polarization that makes it easy to see the content on the screen.

In turn, the Pixel 2 will bring a 5-inch AMOLED screen with FullHD resolution and 100,000:1 contrast ratio.

Regarding the remaining hardware, both models will be identical. The processing is delivered via the SoC of Qualcomm’s Snapdragon 835 which is coupled with 4GB of RAM, 64 or 128GB of internal storage, will have a rear fingerprint sensor and front Stereo speakers. In addition, they are equipped with Bluetooth 5.0, water resistance and USB Type-C connector. Unfortunately, the 3.5mm Jack is not present, forcing it to use an adapter that comes with the smartphones in the box. The operating system will be Android 8 Oreo.

Both models also feature Active Edge, which behaves similarly to HTC’s Edge Sense and Always On technology. At Homescren there have also been slight changes, and there is now a zone to display the temperature and events on the calendar. In addition, it makes use of the always active microphone for the “Ok Google” personal assistant to recognize any song you are listening, even on the radio, and display its name and singer. 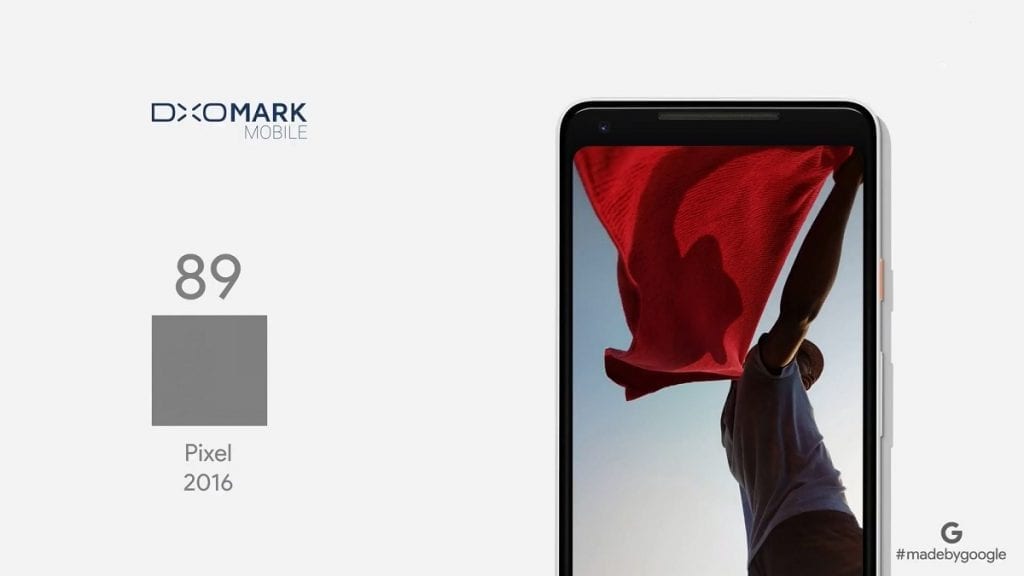 In photography both models also share the same hardware, having a 12 MP camera (with a single sensor), dual pixel phase detection, simultaneous optical and electronic stabilization and artificial intelligence optimization. Even with a single camera, both models bring portrait mode. As is customary, Google Photos storage for Pixel 2 will be unlimited.

According to the tech giant Google, camera test score is already available in DxOMark, the new Pixel 2 obtained a score of 98 points in general, rising to the first place. Analyzing in detail, in photography was not able to surpass the Samsung Note 8, which leads with 100 points, against the 99 of Pixel 2. In the video, Google’s new smartphones far exceeded the competition, having obtained 96 points, compared to 89 of the iPhone 8 Plus and 84 of the Samsung Note 8.

Pixel 2 is also designed for virtual reality, both on the screen and on the camera, and will be the first smartphones to support Google Lens. 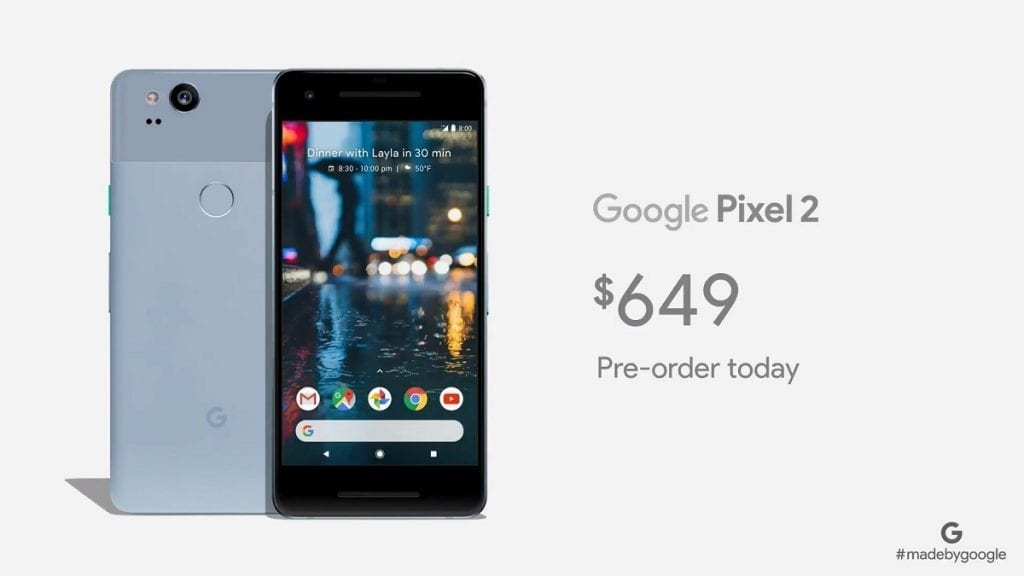 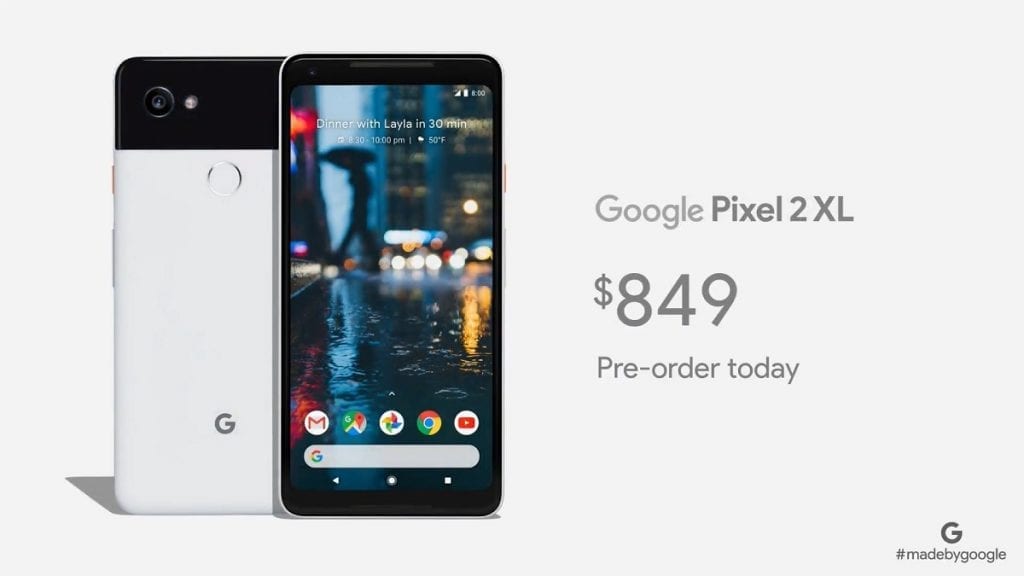 Here are the two new smartphones presented by the tech giant Google that return to stand out in the photographic component and the use of artificial intelligence.