We all know very well that the Android mobile operating system is the most popular in the world and in that sense, it should also be one of the most evolved in terms of security. However, Android’s new Google Play Protect system badly failed the first security test.

The Android mobile operating system is the most popular in the world and in that sense, it should also be one of the most evolved in terms of security.

Despite the name “aggressive”, the truth is that this new service failed in the first serious test of AV-Test.

The tech giant Google’s security system, Google Play Protect was introduced in May, at this year’s I/O, and is a security mechanism for Android users. This new service makes a frequent review of the applications that are installed on each Android device and alerts users if malware is detected. This evaluation is done in a transparent and automatic way.

To validate the power of this service, the German company AV-Test decided to put it to the test and the results were not the best. According to the information, this service was only able to detect 65.8% of new samples of malware.

Worse still was the fact that this service only managed to detect 79.2% of malware that has been known for more than a month. 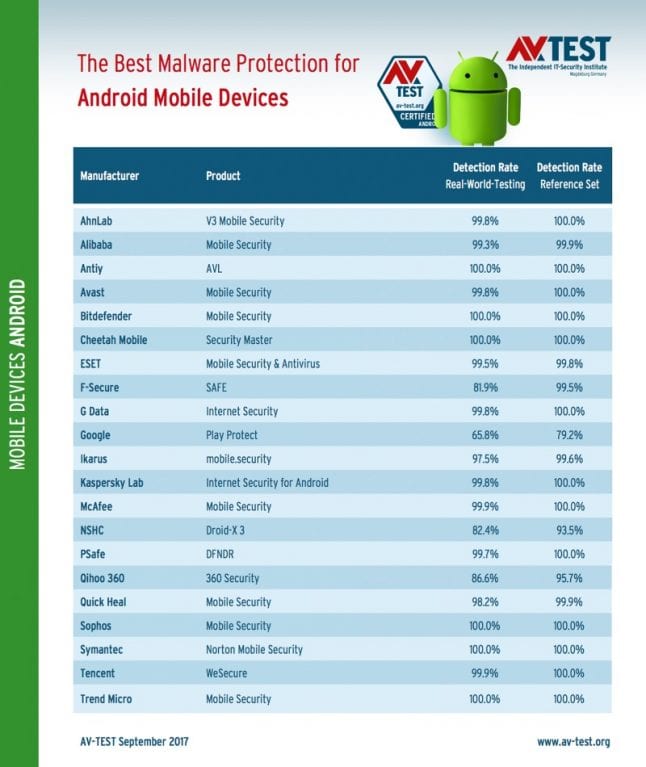 Unlike this new Google service, there are many other products that achieve “perfect” results by achieving 100% or very close results of 100%. Accounts made, even though Google Play Protect 8.1 has achieved maximum usability scoring, it completely crashes into what it should do very well, “protection”. 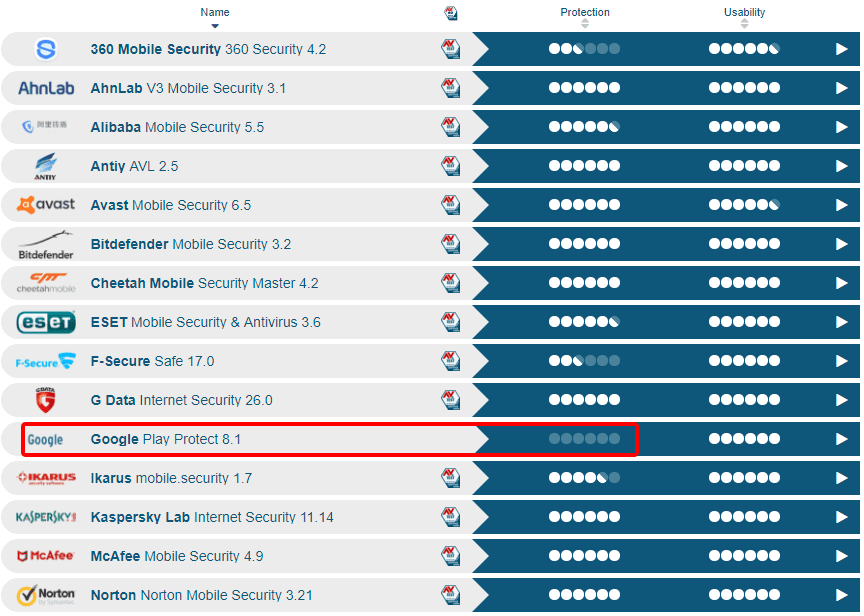 However, if you want to see the original results then simply you can find all the results from here.