Google has finally released the most required feature for Play Store apps. This feature will make it a lot easier to consider app will work well on your device or not by seeing its rating.

With this confusing feature, Google will only list the reviews from the “verified” Google accounts only and many more, so let’s discuss them below. 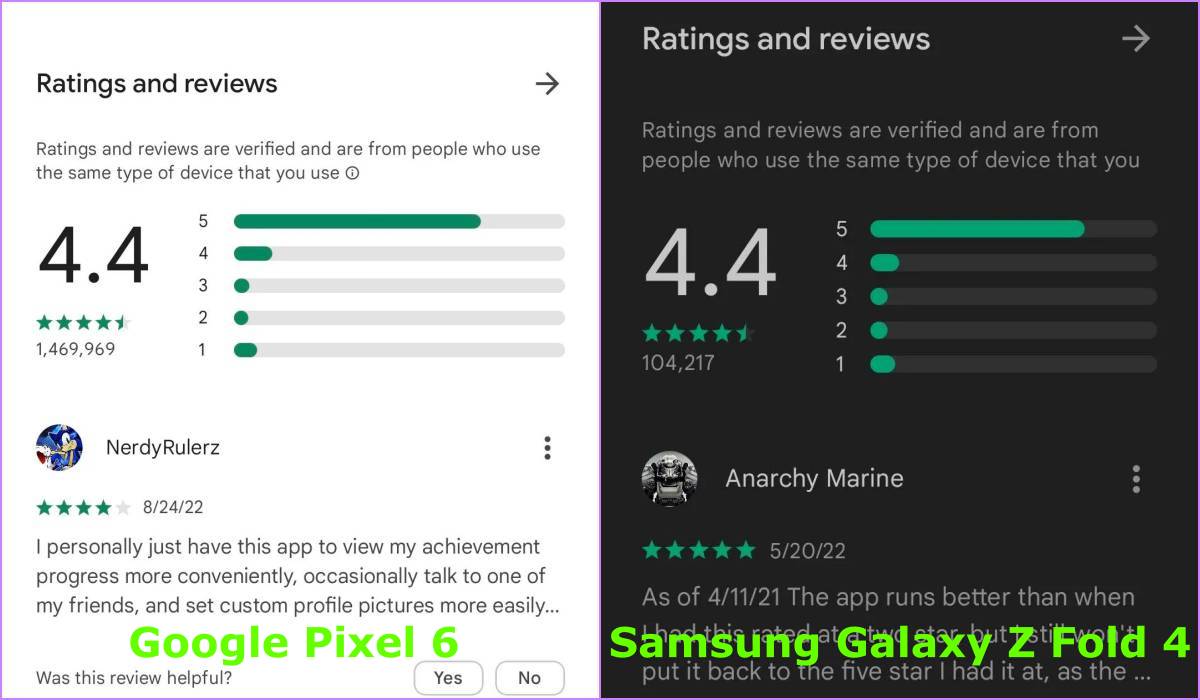 As we all know, Google Play Store is not limited to only smartphones; it also allows other devices to download and review the app, such as tablets, smartwatches, television, and even laptops.

It also mentioned that rating would also be based on users’ region.

For example, you can see the above image, which shows how this new feature works. Both screenshots are of Xbox mobile app, and the left one features the ratings and reviews displayed by Google on Pixel 6.

And the right one is taken by Samsung Galaxy Z Fold 4. Besides, both smartphones’ review numbers are different such as the Pixel 6 showing “1,469,969 reviews” and the Fold 4 showing “104,217 reviews” only.

That’s because the Samsung Galaxy Z Fold 4 has a bigger square display than average smartphones, which means it is a different type of smartphone than the Pixel 6.

This feature came to the spotlight when a well-known developer Mishaal Rahman shared details about it in a tweet.

Besides, as I mentioned above, Google will show you a pop-up in the review section that says all the reviews are from verified Google accounts, and here “verify” means actual human users.

While the company actually revealed this feature last year, and now after a year, it is here for every device that supports play services and in almost every region.