Technology giants like IBM, Intel and Microsoft have been conducting projects related to quantum computing for some time. The tech giant Google could not be left out: company engineers are working on Bristlecone, a prototype of a quantum processor with a capacity of 72 qubits.

Like the giant chip manufacturer Intel’s quantum 49-qubit chip, the tech giant Google’s new processor is being developed with a focus on quantum supremacy, an expression that points to the point where quantum computers will solve complex problems that would be much more difficult or even impossible for machines to handle based on current technology.

This means that quantum processors can be used for challenging problems even for the world’s most powerful supercomputers, such as more accurate meteorological studies, drug development, aerospace research, and so on.

It is not difficult to imagine applications for a quantum computer. It is difficult to predict when such quantum supremacy will become reality. At first look, it looks like the tech giant Google is leading this race, after all, Bristlecone works with 72 qubits while Intel’s Tangle Lake deals with 49 qubits, for example. But the tech giant Google itself warns that we should not only consider the number of qubits. 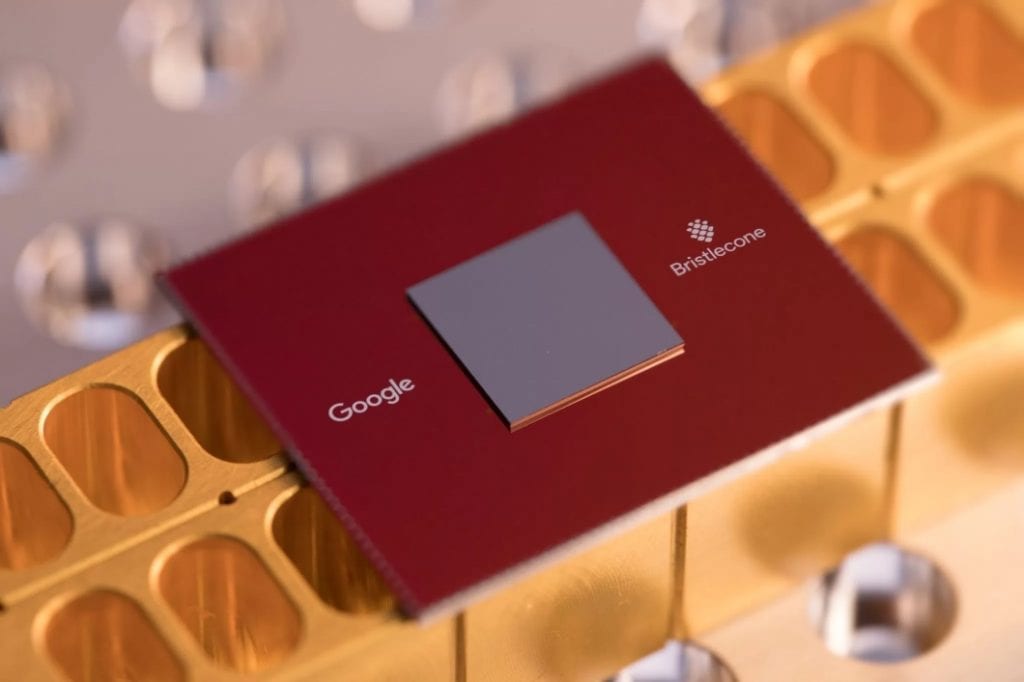 The computation we use today is based on the bit, which assumes the value 0 or 1. Already a qubit can assume 0, 1 or a superposition of both values. Two qubits can contain four values, so, and so on (note that this is a simplified explanation). That’s why quantum computing is so promising.

But there are some serious problems here. One is that the qubits are extremely sensitive and therefore susceptible to noise or disturbance, which can cause miscalculations.

In Google experiments, the error rate for a single qubit was 0.1%, while for 2-qubit ports, it reached 0.6%. But for the company, quantum supremacy will be achieved when a computer effectively reaches 49 qubits and has an error rate of less than 0.5% on 2-qubit ports.

The tech giant Google just did not give an estimate of when it will reach that level. It would be difficult to do so. There are several other aspects to consider, such as component optimization and temperature control. For now, the concern of the tech giant Google is to show that the work is in progress.