The hacker group behind the Nvidia security breach has now targeted Samsung. The hacking group named Lapsus$ has stolen 190GB of data from the tech giant. The data has encryption and source codes for many new Samsung devices.

Lapsus$ is the same group that hacked Nvidia. On Saturday, the group attacked Samsung and leaked the confidential data through an attack on Samsung and published it on torrent.

Bleeping Computer has seen a note posted to their followers; it shows the hackers have shared the whole data in three parts with a text file that shows the content available in the download. 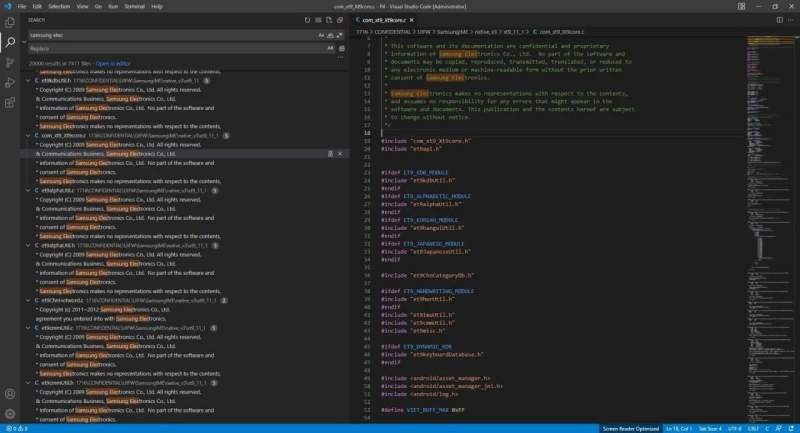 The leaked data of Samsung include “Source code from every Trusted Applet” that is installed on each Samsung device. Moreover, it has a “confidential source code from Qualcomm,” algorithms for all biometric unlock operations, bootloader source code for devices, and the codes for Samsung’s activation servers. Also, account authentications of Samsung like APIs and services.

Bleeping Computer was the first to report this hack via an image posted online on March 4. The image showed C++ code from Samsung software. After that, the group posted a note that shows the contents of the leak, like source code for Qualcomm devices, activation servers, and more.

Samsung has recognized the hack but didn’t report any ransom demands from the hackers.

A Twitter post with a username vx-underground tracks the information about malware. They posted a tweet and claimed the hack includes the source code of every trusted Applet installed on Samsung Devices.

-March 1st: They demand NVIDIA open-source its drivers, or else they will
-March 4th: LAPSUS$ released Samsung proprietary source code.

The same group has targeted Nvidia last week in a ransom plot. It has stolen around 1TB of confidential data of chipmakers and got access to 71,000 employee emails and hashes.