Modern smartphones don’t have physical buttons, and people prefer to use Gestures for navigation. However, some users still like to have virtual home/back buttons on their phone’s screen.

You can install third-party apps to add home/back soft button keys on your Android screen. Also, if your phone used to have hardware buttons, and if it’s not functioning anymore, third-party soft keys apps can be your savior.

Hence, in this following article, we are about to share some simple and easy methods to add home & back soft button keys on your Android. All of the methods will work on non-rooted Android smartphones. So, let’s get started. 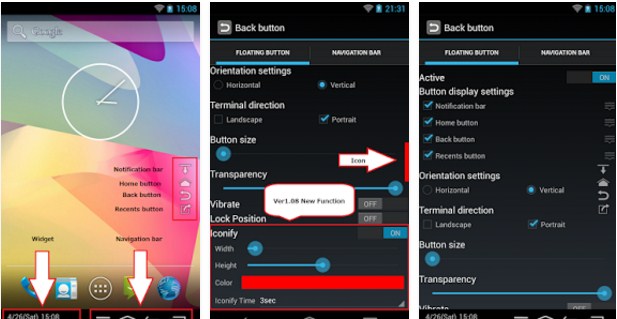 2. After installing it on your device, launch it, and you will see a popup asking you to enable the app in accessibility permission.Grant the permission. 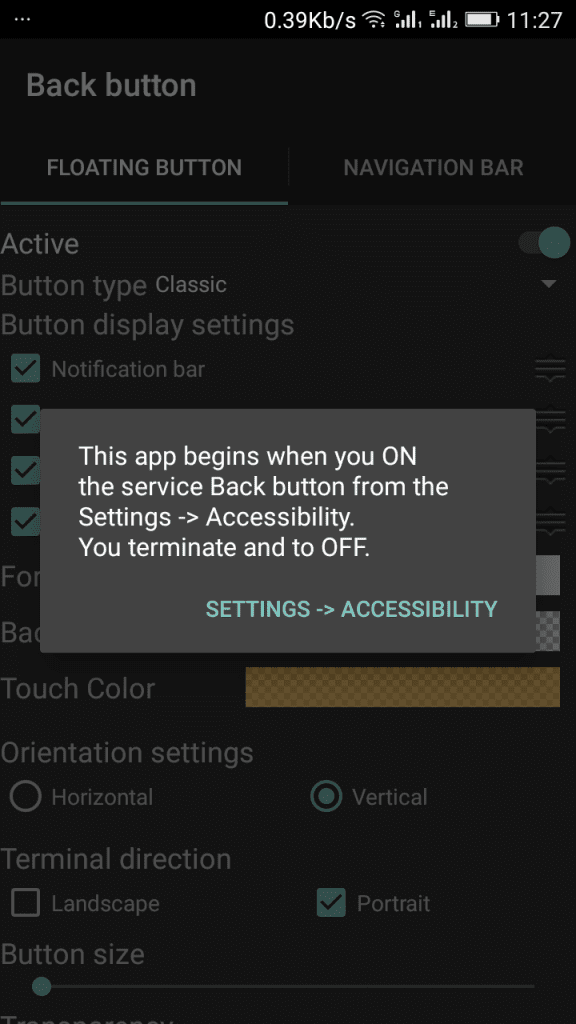 3. Once you grant permission, you will see the app’s main interface. On the Floating Button section, turn off the toggle for ‘Active‘. 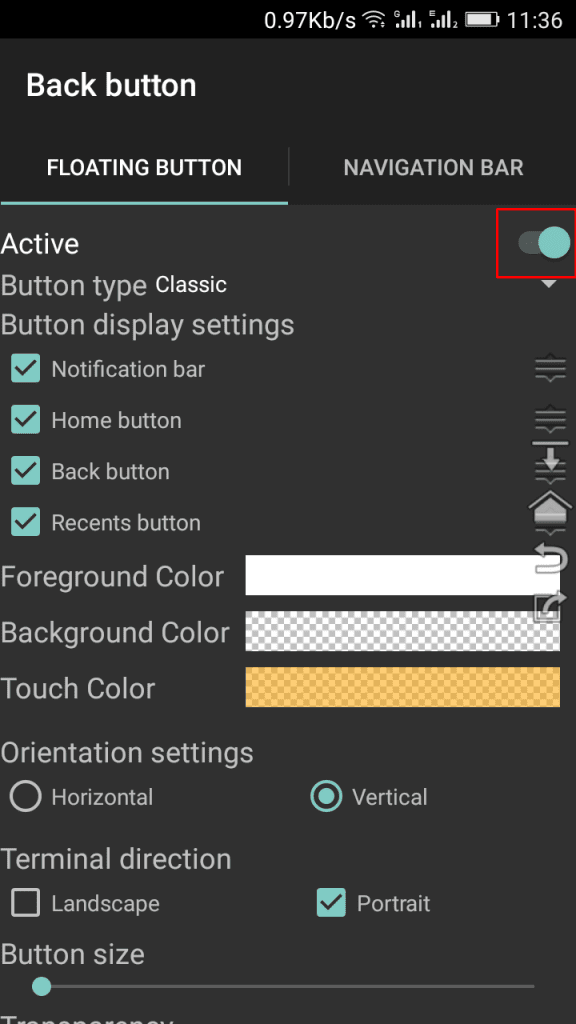 4. Now, scroll down and customize the appearance of the Floating button. You can adjust the foreground & background color, touch color, orientation settings, and more. 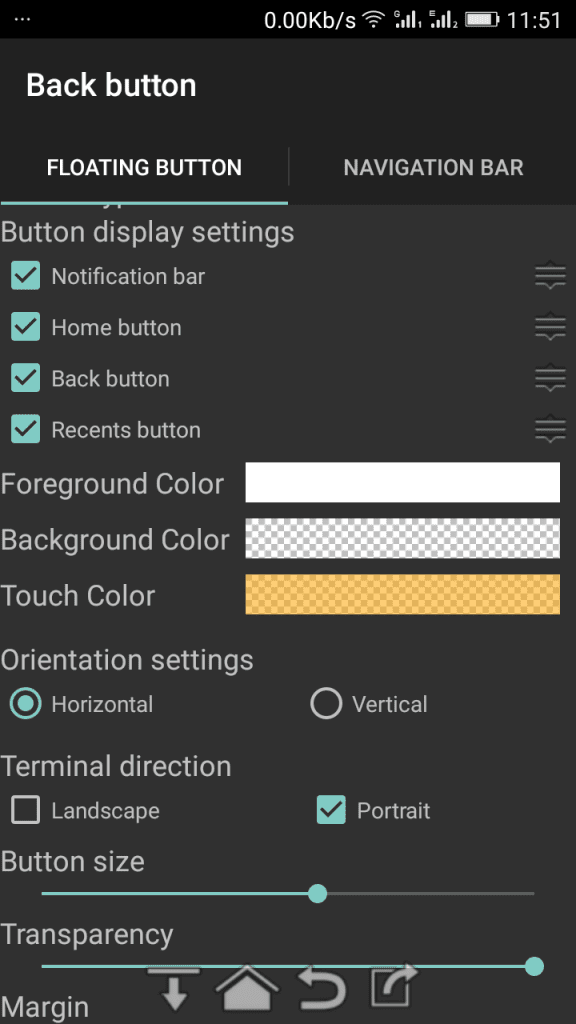 You can easily re-position these buttons just by tapping on them. Also, you can resize and customize them according to your wish.

That’s it! Now you have three extra buttons on your Android touchscreen that will function like your three hard buttons.

It is another excellent app that lets you add Home/Back soft button keys on your Android device without rooting. Here’s how to use it.

1. First, download and install Simple Control on your Android device.

2. Now open the app, and it will work as you grant access to accessibility. Just tap on Go To Set to grant the permission. 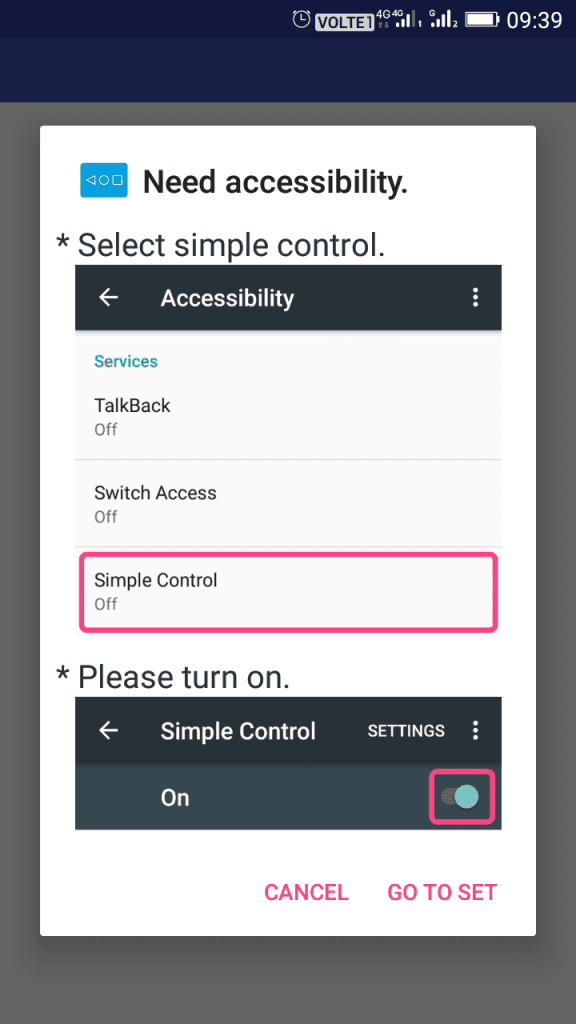 3. Now, the app will give you how to use it. You need to tap on the Ok button. 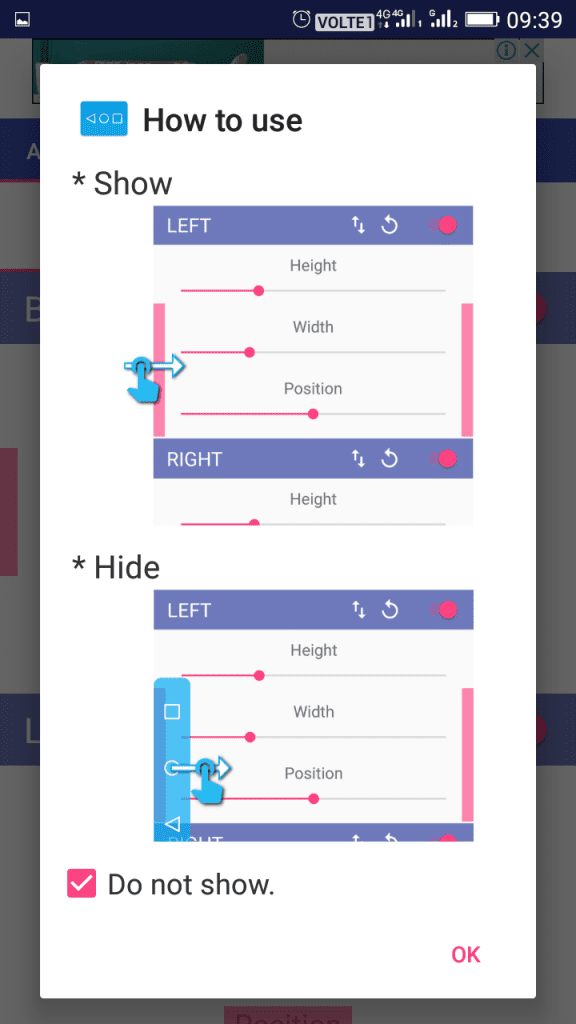 4. Now go to settings and select the options according to your wish. 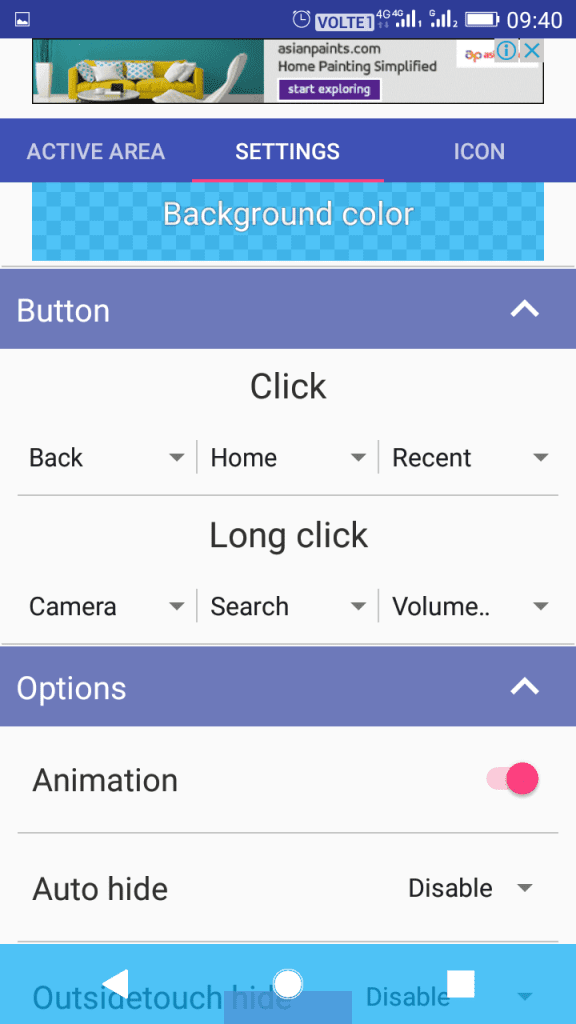 5. Now switch to the icon section, and choose the icon that you want to use. 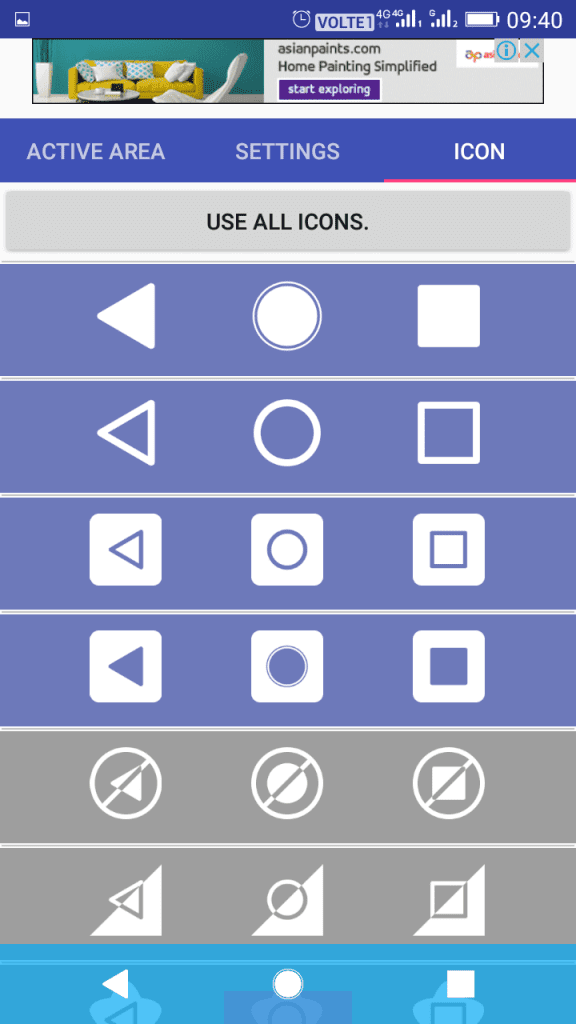 That’s it! This is how you can add softkeys on your Android device without rooting your device.

This is another excellent app that lets you add soft keys on your Android display with just a few taps. The best thing about Soft keys 2 is that it doesn’t require a rooted Android smartphone to do the job.

1. First of all, download and install Soft Keys 2 on your Android smartphone and launch the app.

2. After launching the app, you will see the screen like below. Here you need to tap into the Accessibility and then grant the permission. 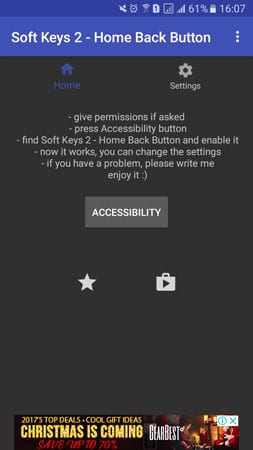 3. You need to tap on the settings icon, and there you need to choose Width, Height, and Transparency as per your wish. 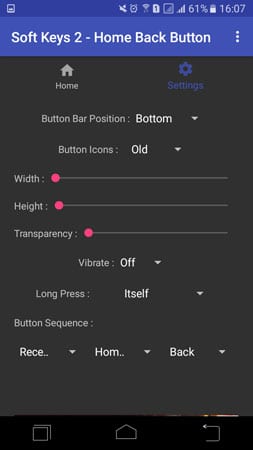 4. Now press the home button, and you will see the soft buttons at the bottom of the screen. 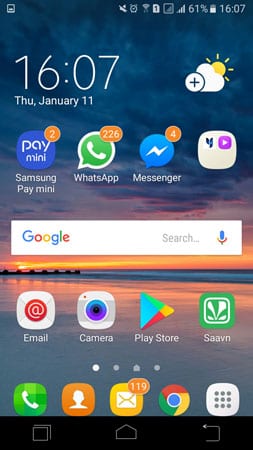 That’s it! This is how you can use Soft keys 2 to add soft buttons on your Android smartphone.

1. First of all, download Virtual Softkeys on your Android smartphone. After installing the app, open it from your Android app drawer.

2. After installing the app, open it and grant all the permissions it asks for. 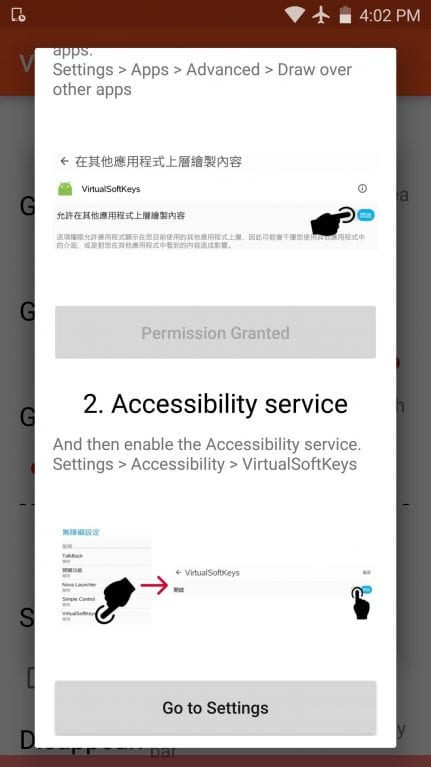 3. Now, you will see the main interface of the app. From there, you can adjust your virtual softkeys’ size and position. 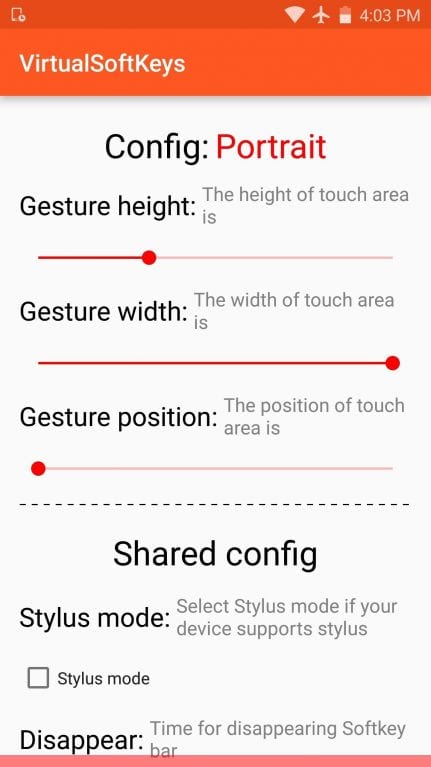 4. You can also make some other customization settings under the shared config. For example, you can use the smart hidden feature, which automatically hides the softkey bar when the keyboard opens. 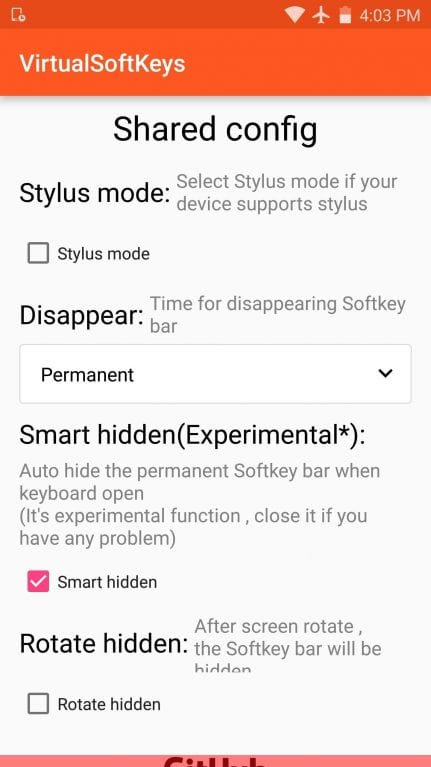 That’s it! This is how you can download & install Virtual Softkeys on your Android smartphone. 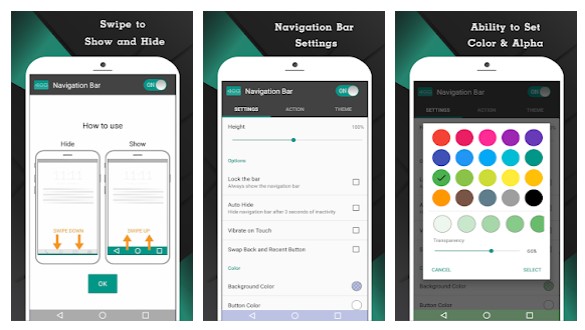 Navigation Bar is another best Android app that can replace a failed and broken button for those who have trouble using the navigation buttons.

The great thing about Navigation Bar is that it offers users lots of customization options like you can change the color of the navigation bar to make it look more awesome. 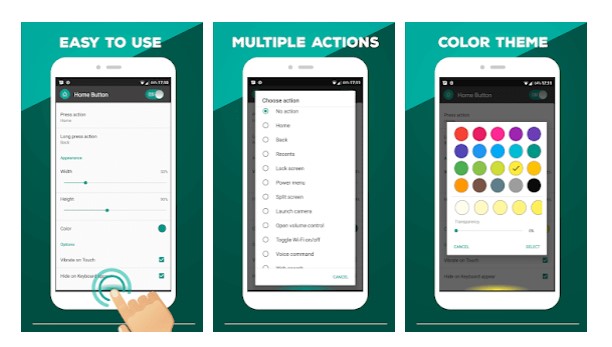 As the app’s name says, Home Button is another best Android apps that can replace a failed and broken home button. Like the Navigation bar app, Home Button also allows users to set different button sizes and change color.

Not just that, but Home Button also provides users an option to hide the navigation bar whenever the keyboard appears. 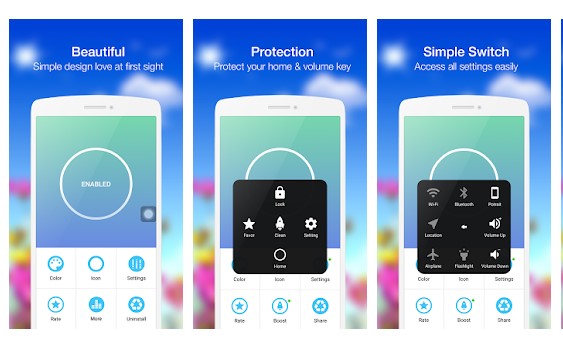 Assistive Touch for Android is one of the unique Android apps available on the Google Play Store. The app allows users an option to control different features like adjusting brightness, capturing a screenshot, etc., through a floating panel on the screen. 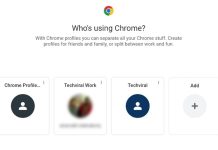 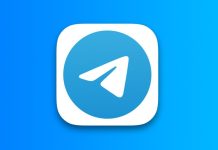 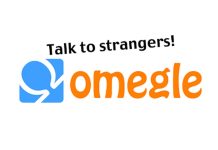