There are various applications on the play store that will help you automate your android phone and have its full utilization. And using these apps, you can actually automate the tasks on your android device. So have a look at the complete guide below to proceed with this.

Also Read: How To Set A Different Font For Each Android App

Some Apps To Automate Android Phone:

If you are using Android for a while now, you might be well aware of Tasker. Macrodroid is very similar to Tasker, and it simplifies things while keeping the functionality on the spot. It’s one of the best-automated android apps.

Features of MacroDroid For Android

The process is quite simple, and you need to follow up the simple steps below to proceed with automating tasks on your android device.

Steps To Use MacroDroid To Automate Android Tasks:

Step 1: First of all, you need to download and install this cool MacroDroid app on your android device.

Step 2: Now, launch the Macrodroid application after installing it on your device.

Step 3: Now there create a macro from the templates section of the application(Note-It can be done by choosing the add macro option too). 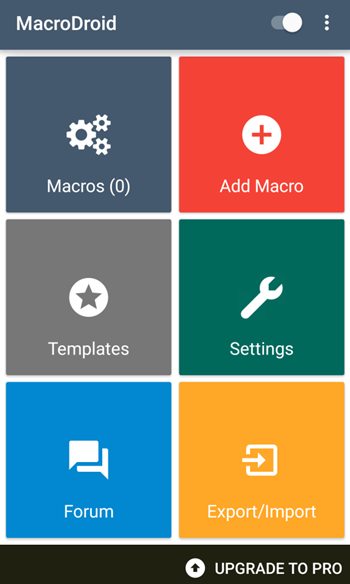 Step 4: Now, choose the macrodroid macros you want to use. I am selecting the flashlight one to automate it. 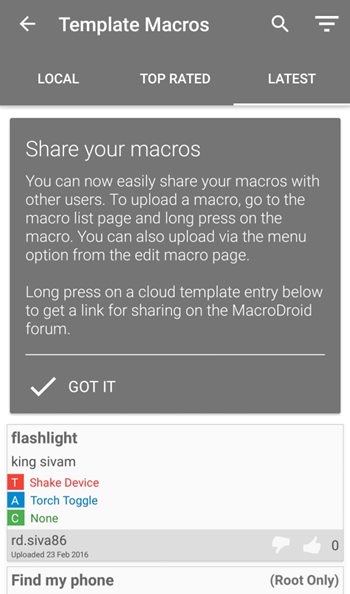 Step 5: Tap the + button on the right side. (If you want to, you can modify it according to your needs.). You can also set macrodroid triggers. 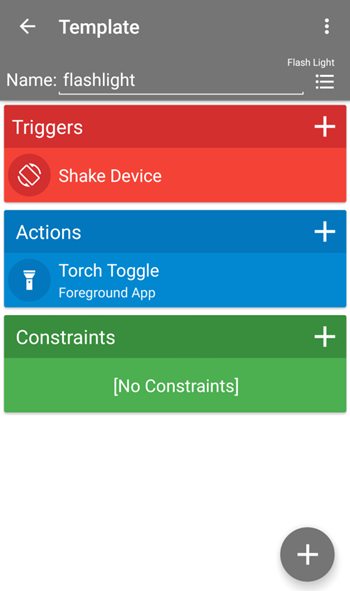 Step 6: Slide the button to activate it, and now you can access the feature of turning on your flashlight by shaking your device, and for turning it off, do the same thing. 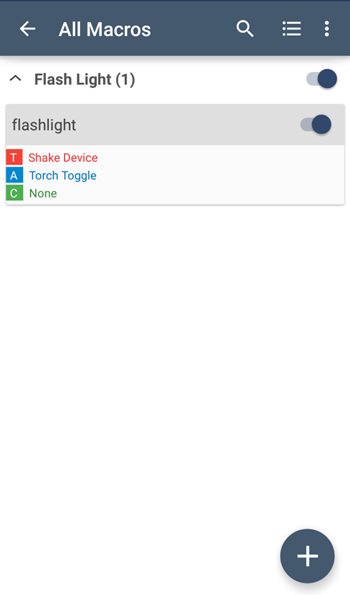 Step 7: That’s it, you are done, now the selected will get automated and that too according to your wish.

By following these steps, you can add any macro you desire in your phone and then automate any of your desires tasks that you wish to do. Go for it. If you have any queries, leave them in the comment section, we will reply to them as soon as possible.