After the prohibition of the United States, the well-known Chinese smartphone manufacturer Huawei is simply stepping on the accelerator to complete the development of its own operating system as soon as possible, which will simply replace the tech giant Google’s Android on their smartphones and devices. However, according to the latest reports, the well-known Chinese giant Huawei’s Mate 20 Pro has returned on the Android Q beta page or program.

When the whole issue of the well-known Chinese smartphone maker Huawei, the tech giant Google, and the United States exploded, many things were displaced from their original place, and one of them was the disappearance of the Huawei Mate 20, the latest flagship of the brand, from the official page of the tech giant Google’s Android Q beta program.

While considering the situation created by the US government, this was a minor problem that the company is facing, although it was undoubtedly a gesture that ended with any hope on the side of the Huawei smartphone owners. 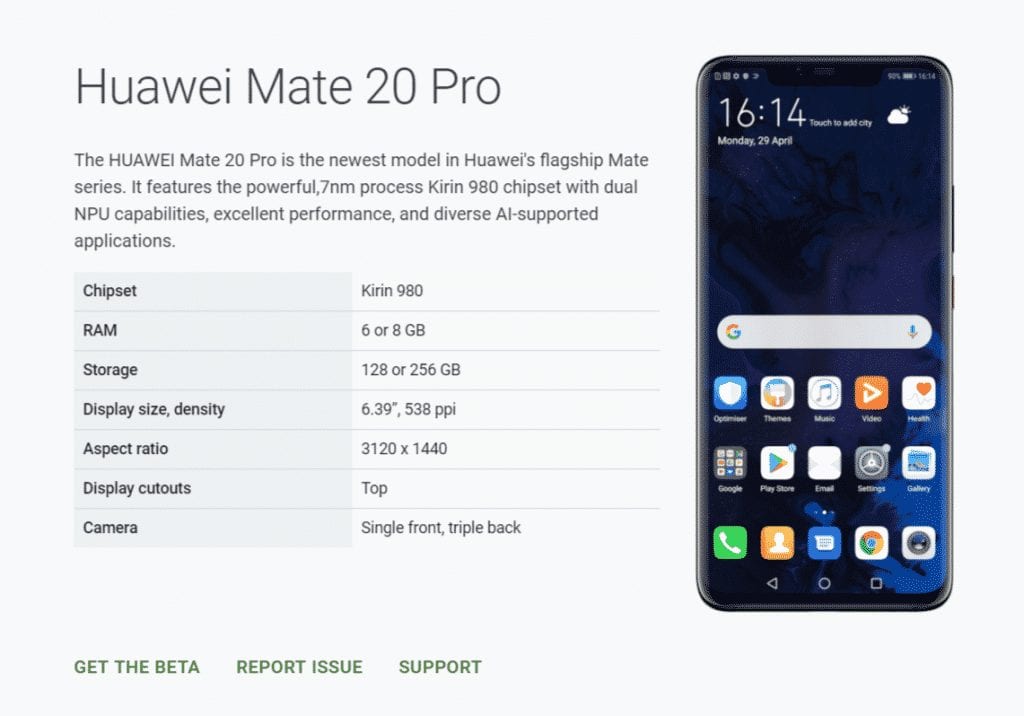 The flagship of Huawei, of course, the Mate 20, is characterized by its triple camera and fingerprint reader under the screen, something that nobody had at a massive level at that time. Hence, it is one of the best flagships of Huawei.

It means that once these three months time period passes, again all the smartphones of Huawei will simply disappear from the list. However, the fact is that for now, we can’t confirm anything about this, as currently, we don’t have any strong and valid information to prove it.