Physical Gaurav Khanna, the University of Massachusetts at Dartmouth (USA), had a brilliant idea, using PlayStation 3 consoles to create an efficient and inexpensive supercomputer.

The first supercomputer was created in 2007 and consists of 16 PlayStation 3 consoles. The goal was to create models of black hole collisions.

Also Read: How To Unlock Windows Computer from Android/iPhone

His research is focused on gravitational waves, vibrations that propagate through space-time. The waves form after a particularly violent astrophysical event, such as colliding and merging of two black holes. Like black holes can not be observed through telescopes, Dr. Khanna uses supercomputers to create simulations of such collisions.

Now the supercomputer has already made 200 games!

Supercomputers have become a very important tool for scientists and engineers who depend on them to solve too large calculations to a common processor. According to Dr. Khanna, a supercomputer is 10 times more potent than a single computer.

However, they are expensive. Making a supercomputer requires many processors and a way to connect them. Thus, Dr. Khanna decided to be creative and create one using the PlayStation 3 due to its feasibility and cost – currently around $ 250 to $ 300 in stores.

Unlike other video game consoles, the PlayStation 3 allows users to install a preferred operating system, making it attractive to programmers and developers. The latest model, PlayStation 4, does not have this feature.

Also Read: How To Remove Computer Virus Without Antivirus 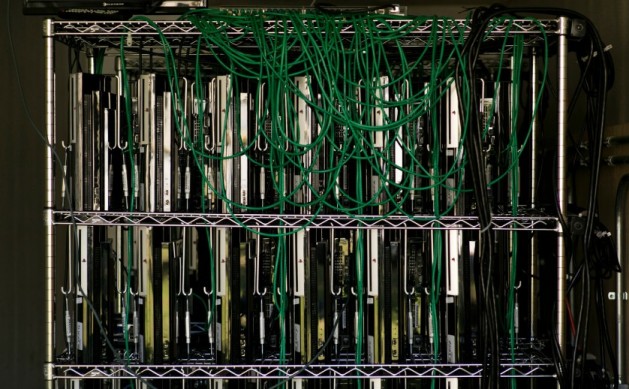 The first Khanna project involved only 16 games because buying large amounts of consoles does not appear to responsible use of science funding for the US National Science Foundation. Thus, Khanna asked for the help of Sony, the company behind the PlayStation 3, which in turn donated four consoles for the experiment. The University paid eight, and later Dr. Khanna bought himself four more consoles.

Then the physical installed Linux operating system in all 16 consoles, connected them on the internet, and performed his supercomputer. In 2009, Dr. Khanna published an article in Parallel and Distributed Computing Systems demonstrating how the PlayStation 3 supercomputer processor accelerated the scientific calculations of a traditional processor by a factor of about 10.

Also Read: How To Make Your Computer Shutdown At Given Particular Time

The originality of Dr. Khanna has caught the attention of the Research Laboratory of the US Air Force, whose scientists were investigating PlayStation 3 processors.

In 2010, the laboratory built its own supercomputer using 1,716 consoles to perform image processing for urban surveillance. “Our PS3 supercomputer is capable of processing complex calculations needed to create a detailed image of an entire city from radar data,” said Mark Barnell, computing director at the US Airforce Research Laboratory.

They signed a research and development agreement with Dr. Khanna’s team, donating 176 PlayStation 3.

Also Read: How To Make Your Computer Welcome You at Windows Startup

The physical team connected consoles housed them in a refrigerated container designed to carry milk, and the resulting supercomputer got a computing power of 3,000 processors laptops, costing only $ 75,000 – about one-tenth of the cost of a comparable supercomputer made with traditional pieces.

Later this year, over 220 islands of the Laboratory of the Air Force should arrive. For now, the plan is to use them to perform more accurate simulations of black hole systems, but other University departments should also take the machine to their own projects. An engineering team, for example, signed a contract to perform simulations that will help windmills projects and energy converters of the most effective ocean waves.

Also Read: How To Access Computer Hard Drive From Android

The PlayStation 3 supercomputer is not suitable for all scientific applications. Its major limitation is memory: the consoles have very little compared to traditional supercomputers, which means they can not cope with large-scale calculations. An alternative is to switch to a better processor yet, such as a PC graphics card.

“The next supercomputer we build will probably be made ​​entirely of these cards,” Khanna said. “I also will not work for everything, but it will certainly cover a wide range of scientific and engineering applications.“