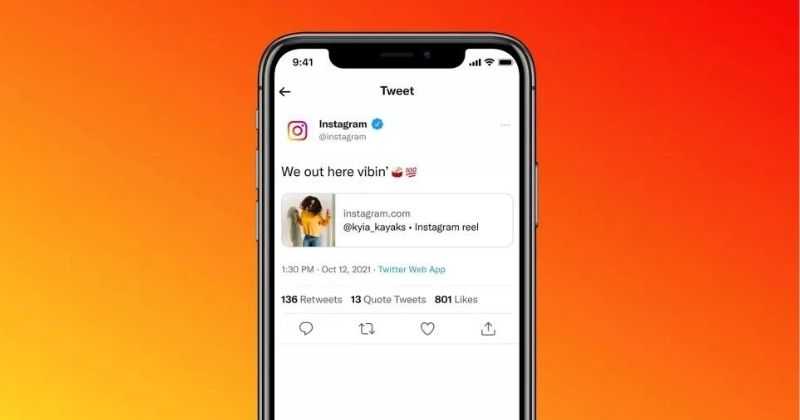 This new feature is now rolling out for Android, iOS, and the Web. One can share the Instagram link on Twitter that display’s a small preview similar to articles and other media.

Earlier, the photo-sharing app was showing full-sized image previews on Twitter, but the feature was taken down in 2012. Then it only showed Instagram links with URLs on the tweet.

They said it would never happen… Twitter Card previews start rolling out TODAY. 👀

Rolling out on Android, iOS, and web.

According to the reports, enabling the link previews is not a huge task; it just requires a few more lines of code.

Earlier, Instagram removed the feature because of fewer clicks on links. As when the link preview is available, people don’t follow the actual post, which opens in a separate window or an app.

As the preview offers a small version of the post, it saves time, and the users can decide if they want to open the full post or not. The new preview feature will show only half posts; this might cut out the images and thumbnails on the preview.

Last month, Instagram brought a new feature that allows the two users to publish the same content. The users can co-author Feed posts and Reels, and both of their names will appear on the post. Followers of both the users can see the same post or Reel.

Twitter expanded Spaces to all the users on both Android and iOS. It is similar to Clubhouse, where the users can create their own chat rooms on the microblogging platform. Twitter has brought a new privacy-related feature that allows the users to remove a follower without blocking them.