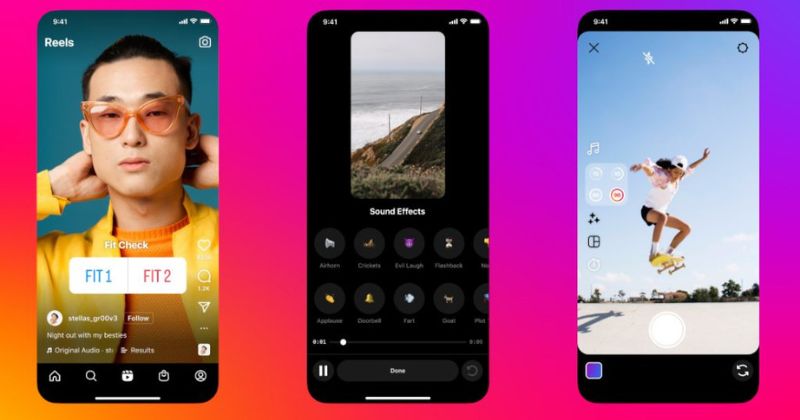 Meta has announced a few updates for Instagram and Facebook. The creators on these platforms can now access new editing tools, can create and schedule reels on desktops, and more.

The new import audio feature allows you to add commentary or background noise from any video which is longer than 5 seconds. Also, the collection of sound effects got new options.

The other new feature is Templates; it lets users create Reels using another one as a template. It will automatically pre-load the audio and clip placeholders. The last one is to increase the Reel recording time to 90 seconds.

The latest features are now available on both iOS and Android. Users must use the latest updated version of the app to use the new features.

By extending the time frame, the company says it wants to give users more space to show their visuals and story. In an official blog post, Instagram said, “You will have more time to share more about yourself, film extra behind-the-scenes clips, dig deeper into the nuances of your content, or whatever else you want to do with that extra time.”