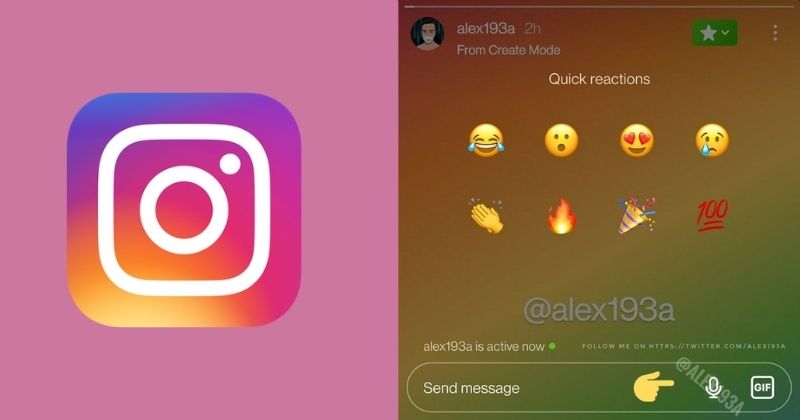 Instagram is working on a new feature for Stories. It will let users reply to stories with a voice message. Currently, there are many ways to respond, including quick reactions, GIFs, and text messages. All the replies to stories are sent via private DM’s.

According to the latest reports, the company is working on adding a new way of responding to the stories. If reports are to be true, then soon users can respond to stories using voice messages.

A developer Alessandro Paluzzi, known for reverse engineering apps, has found out about the new feature. He tweeted a post showing the microphone that lets you record voice messages.

Responding to the stories via voice messages can be useful for many users who don’t want to type a message. It will be an easy process instead of tapping on the user’s profile and then on the message button to send a message after viewing a story.

#Instagram is working on the ability to reply to Stories with voice messages 👀 pic.twitter.com/6fQNSxB04e

The developer shows the screenshot of the upcoming feature that shows the option of mic next to the GIF option in the message bar. Users can record a voice note to respond to the story by long-pressing the mic icon.

Paluzzi also revealed that Instagram is also working on a feature to like stories on the website after releasing it on iOS and Android. Not every feature can be released to the public, so we need to see if the company releases the responding stories feature to its main app or not.

The details about the feature came out a couple of months ago. At that time, the developer Paluzzi said, “Instagram is working on the ability to edit the profile grid, allowing you to rearrange posts in any order you like.”

Recently, Instagram has rolled out many new features as it brought back the Chronological feed in the form of the following feed. It shows the posts to users from the people they follow. And the Favourites feed shows the latest posts from the accounts the users choose.