Instagram is planning to launch a subscriptions feature that will allow the users to pay for exclusive content from their favorite creators. With this new feature, the creators will be paid to show the Stories, or if someone accesses their content or media on the Instagram app.

Earlier, in the US, Instagram’s Apple App Store listing showed the subscription category, and now the Indian listing also shows the same under the In-App Purchases section. Also, many users confirmed the subscription feature on Twitter as the in-app purchase option appeared in the UK. 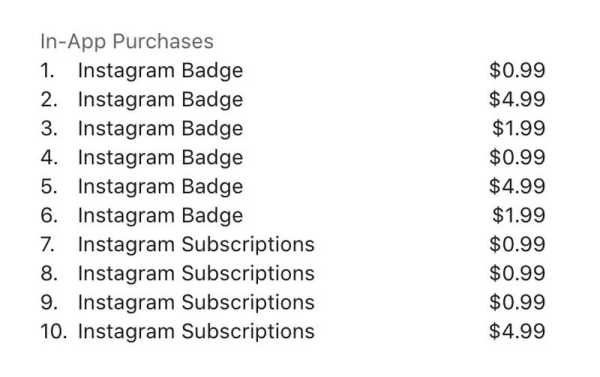 The Instagram head Adam Mosseri said in an interview that the idea of subscriptions explains that there are different ways to create the financial relationship between a fan and a creator.

The Instagram iOS app is now updated with the new feature named Instagram Subscriptions with prices in the US. Also, in App Store India shows the price plan of Rs. 89/month. You can check out the new subscription details with Instagram Badges.

First, Instagram added the Subscriptions to the US App Store listing on November 1 at $4.99.

Instagram has not officially announced the rollout of the subscriptions feature.

Normally, the company tests new features with a smaller group before making it available to the public. So, if the Instagram Subscriptions is coming to the US in feature, according to the new reports, you might not see the feature immediately.

A similar feature was introduced by Twitter as well called Super Followers. This feature lets the creators generate monthly revenue by sharing the subscriber-only content with the followers.