We all know about the rivalry between the giant chip maker Intel and the well-known chip maker AMD. However, recently, Intel and AMD, longtime rivals, are joining forces to fight an ever-stronger opponent: both companies working on a chip to slow Nvidia’s breakthrough in ultrathin laptops.

The enemy of my enemy is my friend. It’s not quite as romanticized as that, but Intel and AMD, longtime rivals, are joining forces to fight an ever-stronger opponent: both companies working on a chip to slow Nvidia’s breakthrough in ultrathin laptops.

It’s an unusual partnership, but not meaningless. The idea is to create a chip that combines an Intel processor with an AMD GPU, simple as that. This unit must be able to handle heavy gaming with a satisfactory degree of resourcefulness.

It’s no news to anyone that the PC market has shrunk considerably in recent years. Today, this industry is maintained thanks to very specific niches, especially the gamer segment. It may work very well to provide laptops that fit this category, but they may also be relevant to other applications because they offer ultrathin practicality.

Intel is aware that its GPUs may not match what is expected from laptops with plenty of graphics power. When it comes to heavy gaming, you can equip your computer with a Nvidia or AMD GPU. There is no other name. Intel has to choose one side or the other. But considering the history of the rivalry, no one would think the choice would be AMD.

Times are different. Nvidia grows at an enviable pace. In addition to GPUs, the company has been notable for selling chips specifically for artificial intelligence applications and has invested heavily in technologies for standalone vehicles, two markets that are of great interest to Intel. Not to mention that the two have already been strangled by issues involving patents.

However, Intel and AMD will sustain an intense and lasting friendship from now on. The competition continues. As Patrick Moorhead of Moor Insights & Strategy explains, “Strategically, Intel is more comfortable competing with AMD than Nvidia.”

For AMD, the partnership also sounds advantageous. The company has a strong name in GPUs, in contrast, Intel takes advantage in the segment of CPUs. Ryzen chips should improve the situation of AMD, even then, it is unlikely that the company will soon be able to gain significant space in the ultrathin laptop market. Closing a partnership with Intel is a way to reach that niche more quickly.

The technical details have not yet been revealed, but it is known that AMD will deliver to Intel custom Radeon GPUs. This is a supply model that recalls the partnership that the company maintains with Sony and Microsoft to provide chips for the PlayStation 4 and Xbox One X.

Intel executives have told PCWorld that the CPU will be an “evolution” of the eighth-generation Core chips and should be part of the H-series line, which is suitable for laptops and therefore may have a TDP of 45W or something close to it. 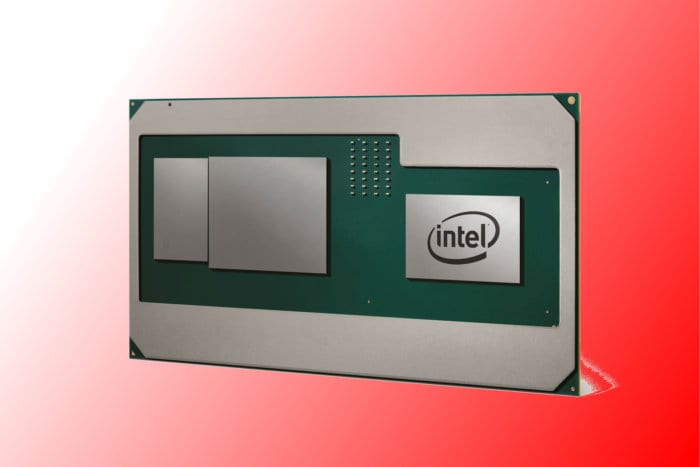 The union will be done by means of an EMIB (Embedded Multi-die Interconnect Bridge), a chip capable of grouping CPU, GPU and, specifically in this project, HBM2 memory.

Laptops equipped with the chip are expected to be announced as early as the first quarter of 2019 priced between $1,200 and $1,400. Prices above the average for the category will not be surprising: we are talking about equipment with high graphics power.

It is unclear if there will be more than one chip model, whether the partnership will cover other niches beyond the ultrathin laptop segment. But the first step is usually the most important.