We all know very well that the new technologies of foldable displays are opening the door to the creation of new formats and the commercialization of a whole series of new devices. Hence, now according to the latest reports, the giant chip manufacturer, Intel is working on a 3-display foldable surface smartphone.

Intel Is Working On A 3-Display Foldable Surface Smartphone

The new technologies of foldable displays are opening the door to the creation of new formats and the commercialization of a whole series of new devices. As the confirmation of the South Korean giant, Samsung’s folding smartphone opened the spout last fall and not only that even its announcement also lead other major smartphone manufacturers to develop their own foldable smartphones.

As the well-known digital platform, of course, I am talking about the LetsGoDigital has recently published some really attractive renders of a folding device with Windows on which the giant chip manufacturer, of course, Intel would be working. They are based on two prototypes presented by the giant chip manufacturer Intel at Computex 2018 under a project called “Tiger Rapids”.

They also rely on a patent granted to the company in mid-2017 by WIPO (World Intellectual Property Office) in which an electronic device with a folding screen was described in which its versatility with various modes of use draws attention. 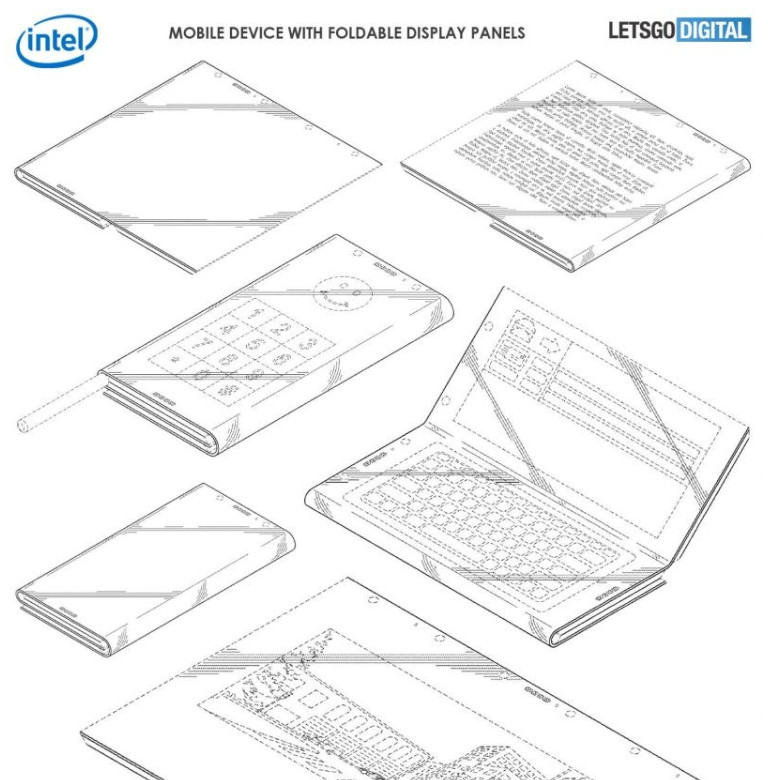 Now after that, the result is a smartphone that can be operated with one hand when fully folded. And not only that even the patent also shows an optical pen that can be stored in a slot which is situated in the hinge of the device. 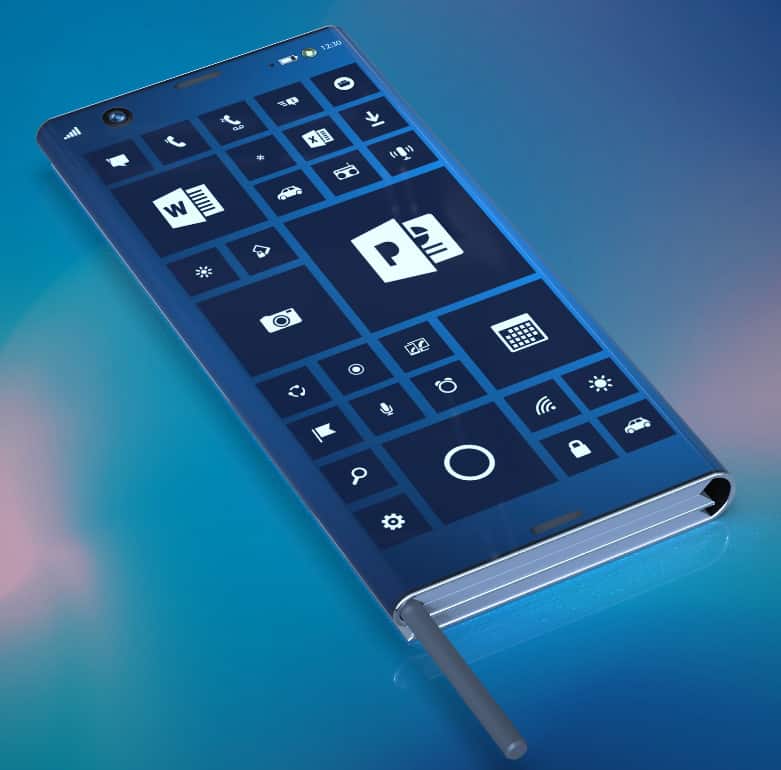 When the screen is completely unrolled becomes a tablet, as we have seen in other developments, while a partial folding would allow the device to behave like a small laptop with a touch keyboard. 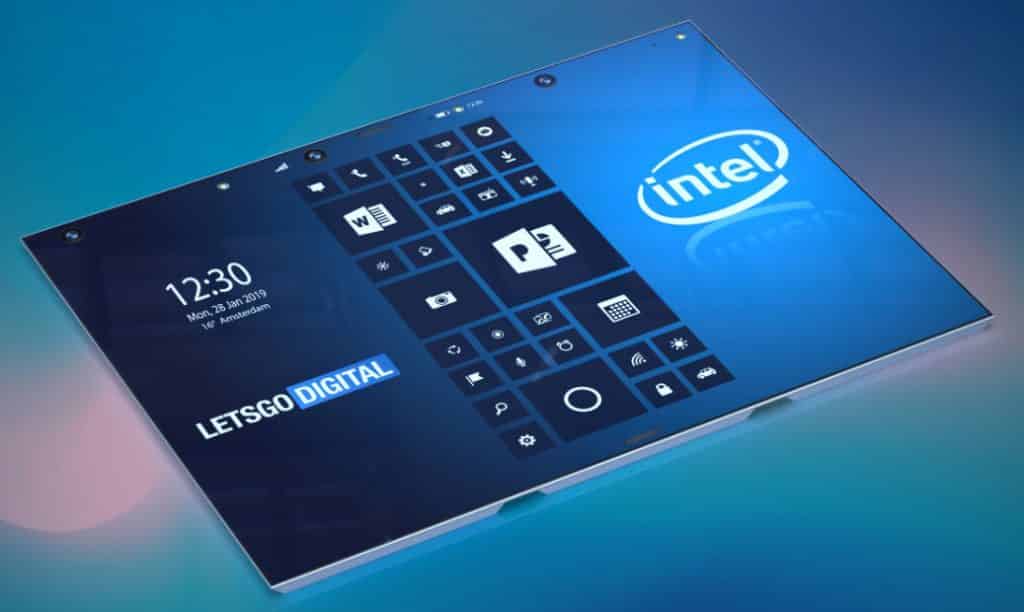 The Intel Windows folding device is a little thicker than the competition and it is not surprising since it can double fold. Each section of the screen seems to have two cameras for a total number of six.

However, it is not yet confirmed that this device will reach the market or not, but it is likely, the giant chip manufacturer could soon the launch the same with some changes. As the Tiger Rapids prototype which is shown by the giant chip manufacturer, of course, Intel in the past Computex was equipped with a normal LCD screen and an electronic ink screen simply to save energy.

Moreover, the tech giant Microsoft will also contribute its share and it is pretty fundamental, as last week only we saw the first compilation of Windows 10 for folding devices. It appeared on the Microsoft servers, belongs to the development branch 19H1 and is part of the compilation chain “rs_shell_devices_foldables.190111-1800” which indicates that it is not directed to a specific device but to a whole family of devices.

Hence, be prepared for some new and extraordinary smartphones and laptops. As it will be fun, although the previous prices of the Galaxy F (Samsung’s folding mobile) leave it out of the consumer market, and in fact, the South Korean giant Samsung will focus on the professional and business market at least in a launch which is expected to be limited to one million units only. So, what do you think about this? Simply share all your views and thoughts in the comment section below.