We all know very well that nowadays, a series of notebooks have the touchscreen, and some of them have stylus pen support. However, writing on an LCD screen is still relatively strange compared to the experience of pencil and paper. Now, according to the latest reports, the giant chip manufacturer Intel is quietly designing the future of dual-display PCs inside its labs.

Nowadays, a series of notebooks have the touchscreen, and some of them have stylus pen support. However, writing on an LCD screen is still relatively strange compared to the experience of pencil and paper.

The giant chip manufacturer Intel presented at the Computex, a concept called Tiger Rapids trying to deal with this dilemma. It features a traditional LCD screen and another e-paper screen with notebook-like experience. 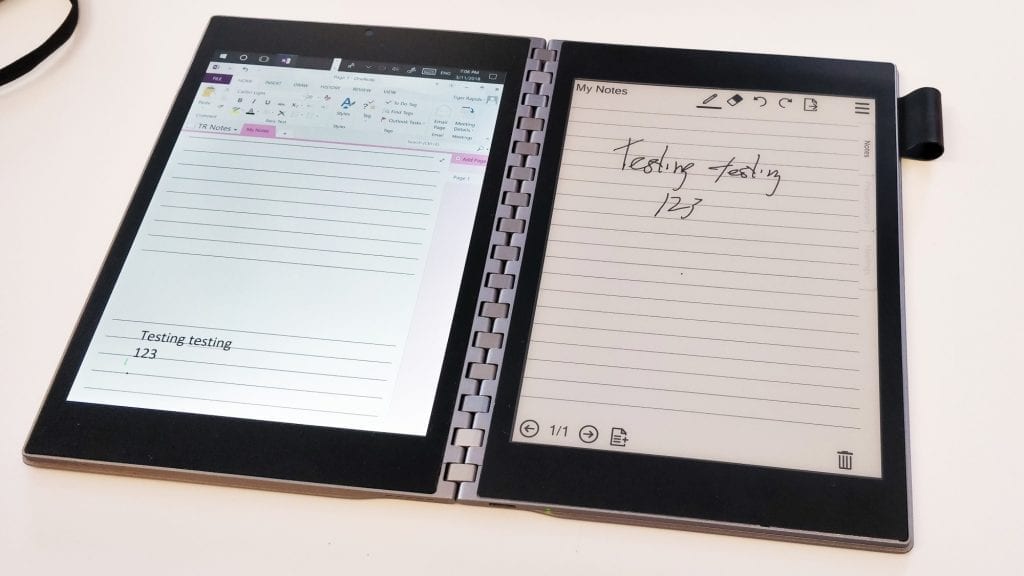 According to PC World, the surface of the e-paper screen is slightly rough, and yields slightly to pressure, so using the stylus gives a feeling of passing pencils on the paper. The Intel made several internal tests to get to the correct screen coating.

We also have a traditional 7.9-inch display and Full-HD resolution. You can write annotations on the e-paper screen – which has almost no power – and they will be saved in OneNote and converted to characters.

Thanks to the hinge, you can write on the device like a folded notebook. In fact, Intel’s goal is to recreate the role of a paper notebook in a “highly mobile device.” It is 9.7mm thick when closed and is the size of a Moleskine.

Inside, the Tiger Rapids features a preliminary version of the Kaby Lake Y processor, SSD and Wi-Fi. It is loaded via USB-C and has autonomy of 13 to 15 hours. 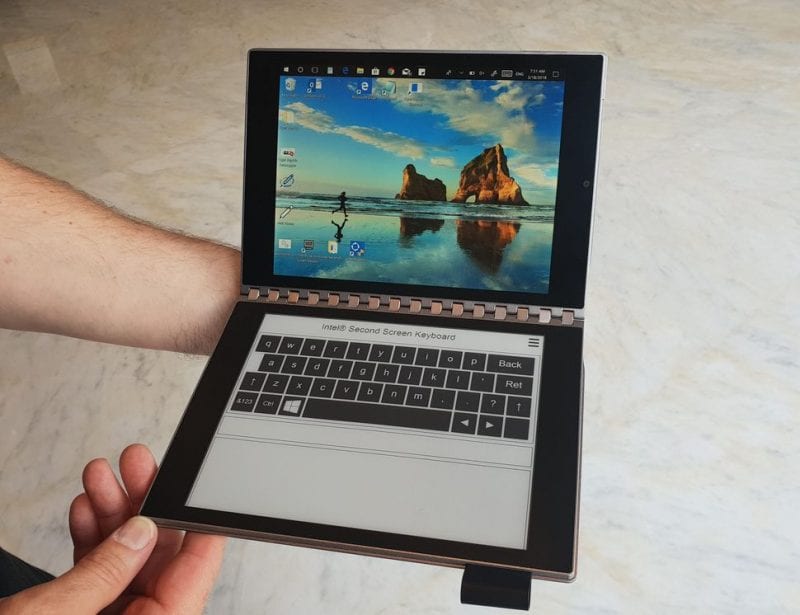 The problem may be in the traditional laptop mode. You can use the e-paper screen as a keyboard, but it does not give physical feedback. And according to CNET, the typing was a bit awkward because “it’s hard to get accuracy on such a small screen.”

The giant chip manufacturer Intel says two designs – one from Asus, another from Lenovo – were inspired by Tiger Rapids. One of them is Project Precog, but it has two LCD screens. The other is Yoga Book 2, which will use e-paper on one of the displays.

Lenovo will sell Yoga Book 2 later this year, while Asus plans to launch its project in 2019. The Tiger Rapids, in turn, will remain as a prototype.