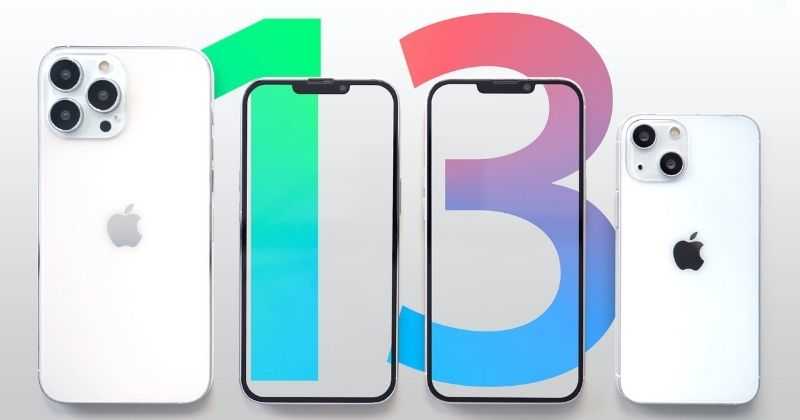 Every year we see a new series of Apple iPhone, the upcoming iPhone 13 is set to launch on September 17, and the third-generation AirPods is tipped to release on September 30. The news comes through a tipster on a Chinese microblogging website Weibo.

A tipster with account @PandaIsBald has shared pictures of four models of the iPhone 13 series, which are rumored as iPhone 13, iPhone 13 Pro, iPhone 13 Pro Max, and iPhone 13 mini.

According to previous leaks, it was said that iPhone 13 series will be launched in September as every time Apple launches its new iPhone models at this time. However, last year due to covid-19 iPhone 12 series was delayed.

However, this time, the exact date of the upcoming iPhone series is leaked on the Weibo site by a tipster Panda is bald. Only iPhone 13 model is seen without any cover, and it shows what can be the Sunset Gold colorway with dual rear cameras and a notch at the front.

The tipster has also suggested that AirPods 3 will be unveiled on September 30, and it could come with IPX4 water resistance. However, the name of the third-generation AirPods is still not finalized as the previous models were just named AirPods.

Do remember this news is from the leaked screenshots; nothing is officially confirmed. No other information for iPhone 13 Series or AirPods is available.

Recently, there was news that iPhone 13 series would come with increased battery capacities and a wider 5G support. All the upcoming series might face component shortages.

iPhone 13 series will mainly focus on camera capabilities like ProRes and portrait mode for videos. The new device will have a small notch, larger batteries, and improved performance.

Third-generation AirPods are expected to come similar to AirPods Pro with a new case, short stem, and replaceable ear tips.