The latest leaked image of the iPhone 14’s all models front glass panels from China’s sharing platform Weibo has revealed the pro model’s new notch design with some significant changes in the iPhone notch after a long time.

As the earlier leaks have suggested, there might be a dual punch hole in the iPhone 14 pro model’s display. A pill-shaped cutout and a hole-shaped cutout are now getting little ensures.

The image first leaked on Weibo, and then it was sooner spotted by a tipster named SaranByte, and the image also showed a reduction in bezels of iPhone 14 Pro & Pro Max. 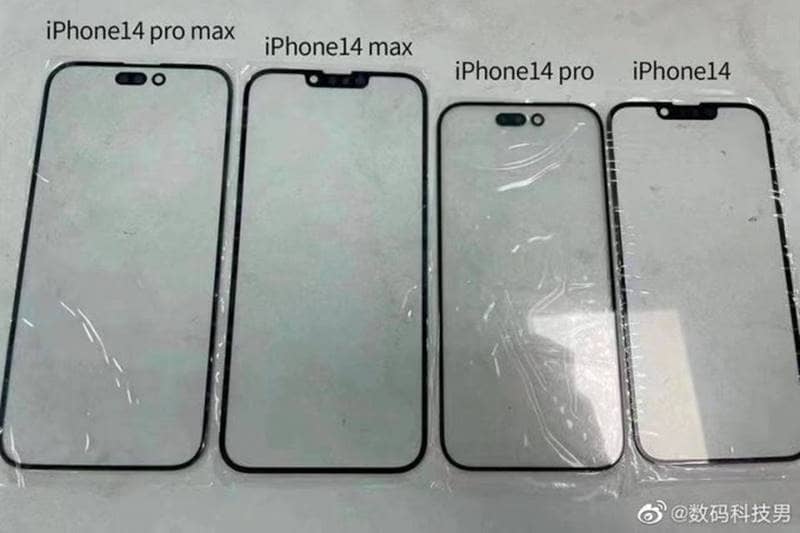 According to the leaked image, the iPhone 14 Pro Max and the iPhone 14 Max (a replacement for the earlier mini iPhone version) will have a larger display, expected 6.7-inch size. As earlier rumors confirm, other iPhone 14 and iPhone 14 Pro will feature a 6.1-inch display size.

As the first CAD renders claimed the notch design, this image features the same, which is interesting to notice because Apple introduced the notch with the launch of the iPhone X in 2017 till now, in the iPhone 13, they didn’t change the notch design. However, iPhone 14, Pro & Pro Max will have a dual notch design with a punch hole and pill-shaped cutout.

You can see the upcoming notch design in the image above. Recently, Mark Gurman also claims from Bloomberg that Apple is planning to create differences between the Pro and non-Pro models, so that’s why the new notch is only in Pro Models. 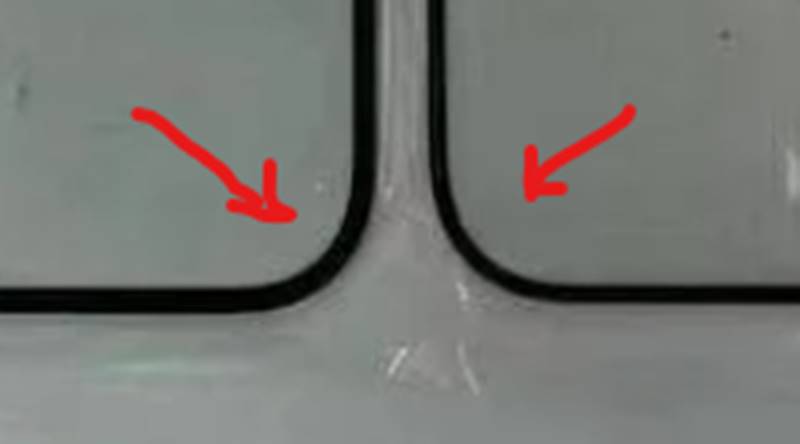 And there is one more noticeable feature in this image that makes Gurman’s assumptions stronger. The iPhone Pro Max & Pro has a reduction in bezels which appears quickly.

Besides, iPhone pro models will only get a new 48MP camera lens, and further models will follow the same. In conclusion, After 5 years, the dual notch design will only feature in iPhone 14 Pro & Pro Max.