Apple might keep the main iPhone 14’s lower models camera the same as the iPhone 13’s and a 48MP camera will be exclusive to iPhone 14’s pro models only.

A month ago, Apple analyst Ming-Chi Kuo suggested Apple might use the same A15 chip from iPhone 13 in iPhone 14 & iPhone Max, and the new A16 will be included in pro models.

As rumored for a long time, Apple is not launching its mini version with iPhone 14 and replacing it with the new Max version that will feature the same display size as the base model will get. 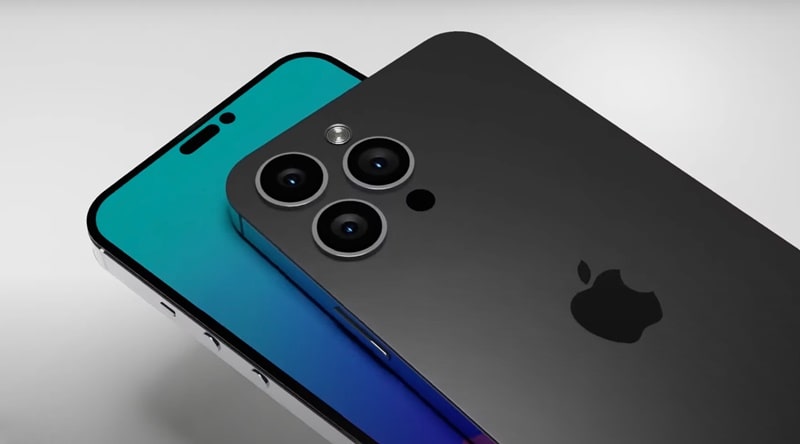 According to a new report from Bloomberg‘s Mark Gurman, Apple would cut off the 48MP camera lens from the upcoming iPhone 14 and iPhone 14 Max, which will allow buyers to differentiate between the Pro and non-Pro models of this iPhone lineup.

The iPhone 14 Pro and Pro Max will feature this new 48 Mega Pixel wide-camera lens with a more prominent camera bump. On the other hand, iPhone 14 and Max models will get a 12-megapixel Wide camera.

However, this would be just a marketing strategy to boost Pro model users, while the company is not doing this for the first time, they also did the same in 2013 with iPhone 5S & 5C, and Now after nine years, they want to repeat.

Gurman also mentioned in his latest newsletter that with this new iPhone 14 Max, it is expected the base iPhone 14 model will also get a 6.7-inch display. Besides, the latest iPhone 13 Pro Max currently retains a 6.7-inch display, So there would also be a benefit for iPhone 14 buyers.