iPhone 14 launch hasn’t even been a month, and someone has modded it with a normal transparent back glass panel, interestingly, which shows all internal parts.

And it might seem normal, but this possibility has happened after many years as last it was spotted with iPhone 4. Let’s delve into the entire discussion below.

Someone Made iPhone 14’s Back Panel Transparent 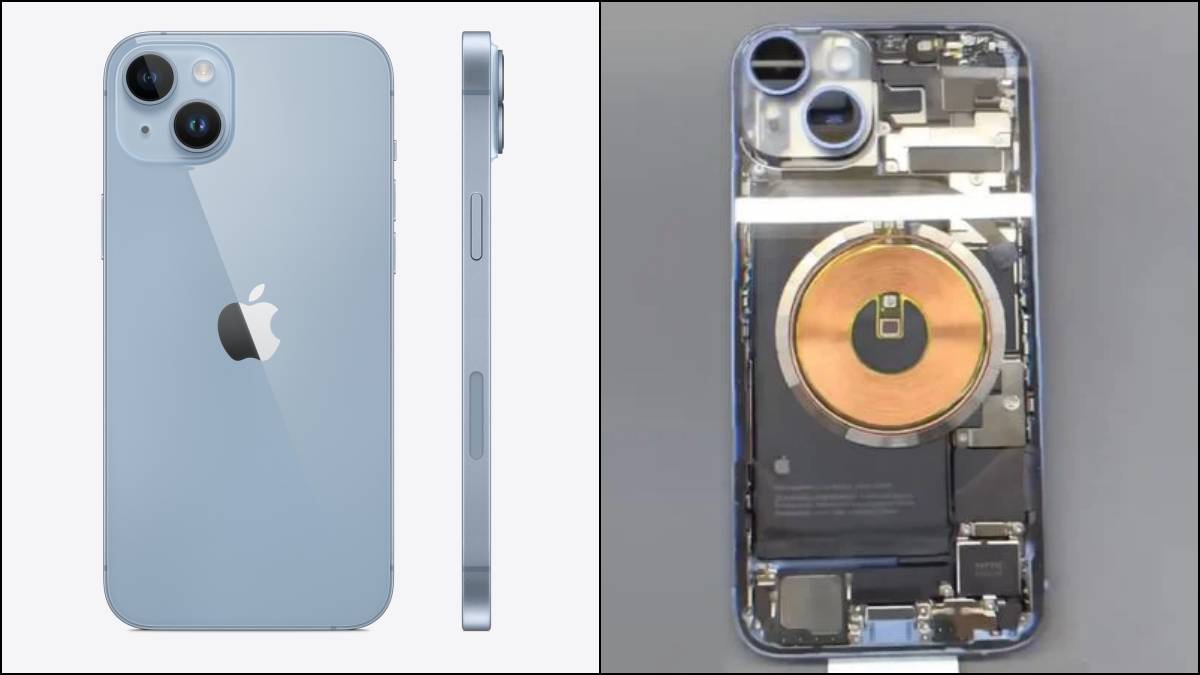 As we all know, some months earlier, Nothing launched its first smartphone, whose back panel design was a little transparent. And this iPhone 14’s modded version even doesn’t have lights, but it is inspired by it.

Currently, the original source who did this modification is unverified, but many Twitter users have shared it on the platform.

As you can see in the above image, its transparent back glass clearly shows the L-shaped battery, wireless charging coil, logic board, taptic engine, inner side of the lightning connector, and more.

It was possible because the standard iPhone 14 models come with easily removable back glass support so that it can be more repair-friendly.

This removable thing doesn’t matter with iPhone 14’s durability, and as we have already seen in a video from a YouTuber JerryRigEverything, the iPhone 14 has already passed the durability test and is stronger enough.

Even if it looks good on iPhone 14 and shows focal color sections, I am sure that it is not stronger than the earlier panel that came from the company with well-fitted compatibilities.

And these types of changes can also impact some of the functionality of phones because we don’t know for what little purpose the company set for a part, and as a result, we might see some wireless charging issues or heat issues.