The tech giant Apple fans are just a few months away from getting their hands on Apple’s tenth Anniversary iPhone. However, we already saw many new render leaks and images of the upcoming beast of the tech giant Apple, iPhone 8. But now, iPhone 8 design leaked in a new Hands-On video.

As we approach the actual presentation of the tech giant Apple’s next flagship device, of course, the iPhone 8 expected next month, new models and leaks continue showing how the Apple iPhone 8 could be seen.

Ben Miller has shared images of a bronze-colored copper, unheard variant of Apple iPhone 8, while the popular and well-known tipster Benjamin Geskin has shared a cleaner rendition of the same color option in a new hands-on video of iPhone 8, iPhone 7S and iPhone 7S Plus.

Miller also compares the fictional unit of the iPhone 8 with the 5.5-inch iPhone 7 Plus to show how the 5.8-inch OLED screen will offer more display properties without having the larger housing. The comparison makes it clear that the iPhone 8 will feature most of the benefits of the iPhone Plus model with the most manageable housing of the iPhone no-Plus model. 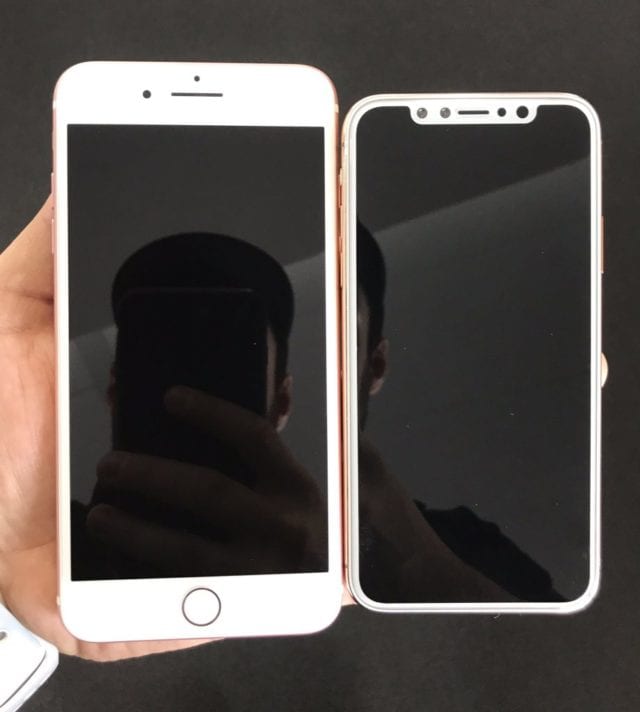 Despite having a top notch for the new camera sensors and the cutout of the speaker, the bevel dramatically reduced part of the upper and lower parts make a big difference. Check out Miller’s comparison: 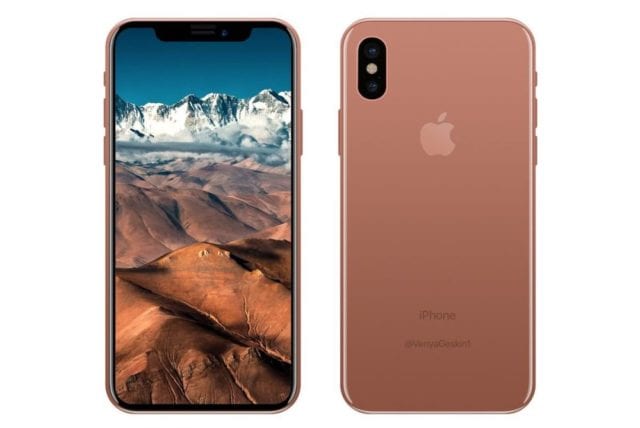 However, it is rumored that the tech giant Apple is limiting the color options to black, silver, and gold for the three new iPhone this year, and probably the iPhone 8 goes with a black bezel and not white to create a more transparent look. If that’s true, the design renders shared by Geskin can be a good preview:-

While the iPhone is expected to include eight new smaller bezel design, it is expected that the new iPhone will feature 4.7 and 5.5 inches, which features similar to the current flagship models design, are part Rear glass and include wireless charging.

It is true that every time it is less so that these rumors are definitely confirmed or dissipated, so keep an eye on all the news that we are getting day by day, we bring them well warm so you do not miss anything.

So, what do you think about this new leak design of Apple’s flagship device? Simply share your views and thoughts in the comment section below.