The tech giant Apple fans are just a few months away from getting their hands on Apple’s tenth Anniversary iPhone. New images of iPhone 8 arrived via a well-known site iDrop News and if this is real then it gives us the best look of the upcoming smartphone.

In this first half of the year, the world has already seen all the possible rivals for the high end, and we have seen that the tech giant Apple for the second half of the year has enough competition.

There are lots of rumors spreading like fire on the internet and over the past few weeks, we have seen some of the best iPhone 8 concepts on the internet. However, no-one knows that what the tech giant Apple has in its bucket for this fall.

The reason why we are talking about iPhone 8 is that recently new images of iPhone 8 arrived running the latest version of iOS, of course, the iOS 11 from the iDrop News site and if this is real, then it gives us the best look of the upcoming smartphone. 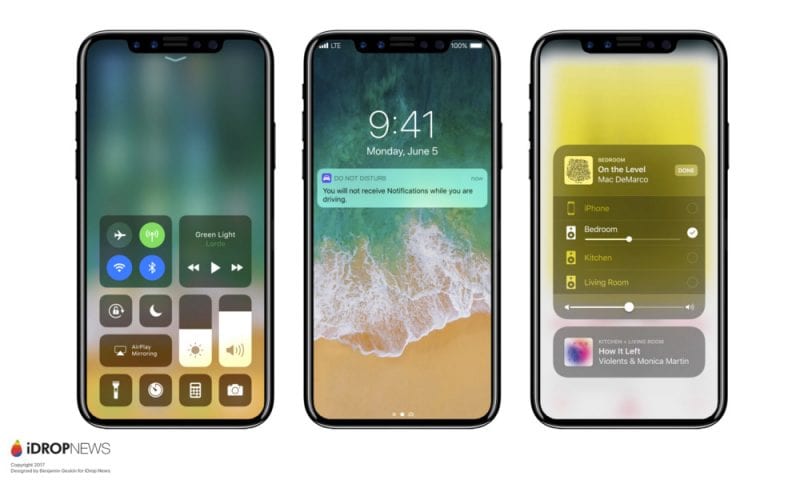 The longer display of the device goes unpainted for iOS 11 headers, which take up more space and show larger, bold titles. Note that the tech giant Apple has thought about optimizing the interface for an aspect ratio of 18:9 or similar. For items like the new control center, it is perfect.

The only thing that scratches me is the top, which sacrifices the central area of the iOS status bar for the camera and the microphone. I would justify that the symbol of the coverage has changed again to occupy less space, but it would be lacking to see if it leaves enough free space to fit all the icons.