Both the laptops are cheap in price and are budget-oriented series that have smaller CPUs. These new laptops are introduced in the market without any formal announcement from the company. 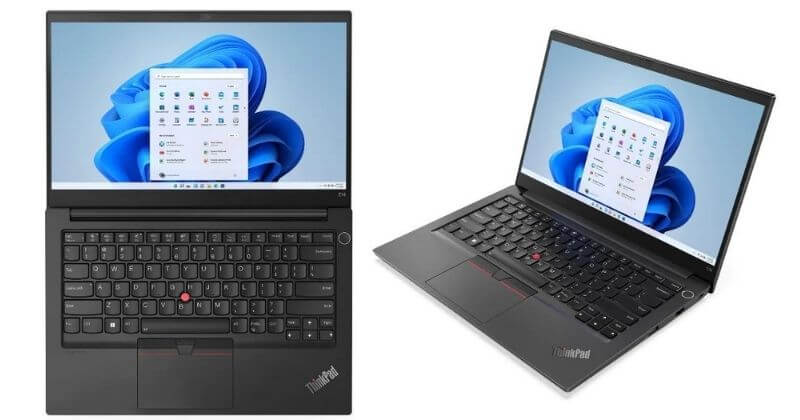 These laptops are powered by AMD Ryzen 5000 series processor, and both models have SSD storage and full-HD IPS displays.

Lenovo ThinkPad E15 G4 comes in two variants, and the E14 G4 is launched with only one option. Both the laptops come with aluminum-built narrow bezels and a full-HD webcam with ThinkShutter, backlit keyboard, and fingerprint sensor.

According to the CampusPoint website, the price for ThinkPad E14 starts at EUR 719 (around Rs. 60,500). It will be upgraded with different choices in the future and will be available for purchase in May.

Lenovo ThinkPad E15 G4 has a quad-core processor and is available for pre-order. The price is EUR 569 (around Rs. 47,850). Currently, a different mannequin with an octa-core processor is available. This laptop can be purchased in April.

Lenovo ThinkPad E14 G4 laptop has a 14-inch full-HD IPS display. It is powered by a Hexa-core AMD Ryzen 5 5625U processor. This laptop is paired with 16GB RAM and 512GB NVMe SSD.

It has a backlit keyboard and biometric authentication options with a fingerprint sensor. Connectivity options include two USB Type-A ports, one USB Type-C port, an HDMI socket, and a 3.5mm headphone/mic jack.

ThinkPad laptop comes with dual-band Wi-Fi 6 and Bluetooth v5.2. It has a huge battery with a runtime of 15.8 hours. The laptop supports RapidCharge technology which takes up to 80 percent of the battery in an hour.

This model comes with a 15.6-inch full-HD IPS display. It is powered by a quad-core AMD Ryzen 3 5425U processor. The laptop is paired with 8GB RAM and 256GB NVMe SSD.

Lenovo might make an official announcement that will provide other details of both the laptops.